Kabul: Following the escalation of the war in Afghanistan, Minister of Higher Education Abbas Basir said that the current situation in the country should not affect the educational situation.

Abbas Basir, on Sunday, in a program entitled “The first round of the National Curriculum Review and Development Program for the Departments of Journalism and Language and Literature of Public and Private Universities”, spoke about clustering and standardization of curricula.

Basir said that the purpose of clustering is for educational institutions to be able to prepare their educational and training curricula at the same time as the market progresses and needs. The Minister of Higher Education emphasized that the education system should change from a teacher-centered to a student-centered one. 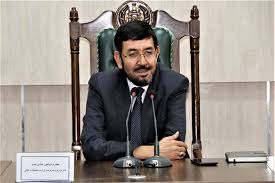 Abbas Basir continued his speech by saying that the Ministry of Higher Education is working to move the education system from education-oriented to research-oriented and to create equal clustering in all educational institutions. The School of Journalism’s clustering program, which includes the Department of Public Relations, Journalism, Studies and Communication, Radio and Television, and the School of Language and Literature, which includes the Departments of National, English, Russian, Turkish, Chinese, Spanish, German, and Urdu, Arabic, French, library and information science, was held on Sunday at the Ministry of Education.

Meanwhile, in a statement to the media, deputy presidential spokesman Mohammad Amiri said that the Afghan government has taken all practical steps towards peace, and has always been present at the negotiating table. Amiri urged the Taliban to stop fighting, violence, and massacring the people, and honestly join the negotiating table.