Kabul: The head of the Joint Chamber of Commerce of Afghanistan Herat and Iran’s Khorasan Razavi provinces said that the Afghanistan government has promised not to harm the traders in the operation to retake Islam Qala border crossing.

“The Afghan government has promised that if it launches an operation to retake the Islam Qala border crossing from the Taliban, it will not cause any harm to traders, drivers, trucks and commercial consignments, and will prevent them from getting harmed,” said the head of the Joint Chamber of Commerce of Afghanistan Herat and Iran’s Khorasan Razavi provinces Mira Jan Suleiman Kheil.

Suleiman Kheil also said, “During the talks with the government, it was decided that the government would inform traders and merchants before launching any operation by publishing an announcement,” adding that “we hope the government operation will succeed without clashes, fire and bloodshed.”

“If the government has not taken any special action to retake the customs administration of Islam Qala, it has been because it tries to prevent damage and losses to traders and trucks in the region,” the Afghan businessman said.

Meanwhile, he added, “Although the Taliban’s behavior in Herat is unpredictable, so in talks with the elders of the region, we agreed that the trucks would be held at Islam Qala customs at night and that all trucks would leave for Herat during the day.”

The Afghan businessman also pointed to the five-day closure of the Islam Qala-Dogharoon border crossing on the occasion of Eid al-Adha and said, “Today, Saturday, after a five-day closure, the border was reopened at 7:00 AM and trucks left Iran for Afghanistan and empty vehicles left Islam Qala back to Iran without any problems.”

Suleiman Kheil also said, “Currently, there are no serious threats and problems for the trucks and commercial shipments on the way from Islam Qala to Herat, adding that news about landmines being planted on this road that is published on cyberspace, is inaccurate.

Meanwhile in Taliban-held districts, people are at war with the group, as per reports. Before the fall of the districts and the rule of the Taliban, foreign and domestic institutions were engaged in providing services to the local people. In all districts and even in most villages, the government had road and school construction projects, as well as development, agricultural, and support programs for local people, all of which were shut down by the Taliban. Even courses and schools are closed and are likely to remain closed until the government recaptures the districts, as per sources. 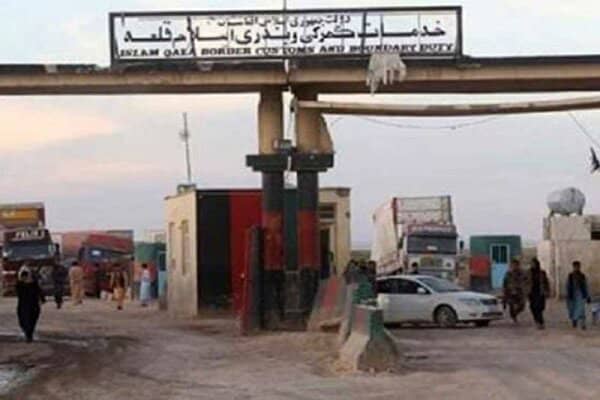 Also, a number of sources and uprising forces in the Ghorbandiha district of Parwan and Tagab district of Kapisa province said that the Pakistani military is leading and commanding the clashes in these districts. A commander of local forces in Shinwari district of Parwan province, speaking on the condition of anonymity, told Hashte Subh daily that when airstrikes were carried out on a number of Taliban positions in the districts and a number of Taliban members were killed, the Red Cross workers took the bodies of Taliban members and transported it to Pakistan.

“When we checked the vehicles at the checkpoint, because we were afraid that the Taliban would be disguised as rescue workers, we also checked the Red Cross ambulance,” the local commander added. “We reported dozens of cases where the bodies of foreign fighters have been transferred to their country through our province.”

According to the commander, in the most recent case, a Pakistani soldier known as Shakeel was killed in a head-on fight with government forces in the Parwan and his body was transported to Pakistan by the Red Cross. Meanwhile, Samiullah, a resident of Siah Gerd district in Ghorband, told Hashte Subh daily that when the Taliban took control of the district, a number of them spoke in Urdu. According to him, there are many foreign fighters who have joined the Taliban.

Also, as per Nangarhar governor Ziaulhaq Amarkhil 39 dead bodies of Pakistan insurgents killed in Nangarhar have been formally sent to Pakistan through Red Cross and many more through other ways in remote areas of the province.