Kabul: Confirming the attack, Mohammad Hasher Raufi, the district governor of Jabal Saraj in Parwan province, told Salam Watandar that Taliban fighters launched a large-scale attack on several security checkpoints in Ashaba village of the district at around 3am on Sunday, which was repulsed by security forces.

Also, security sources in Ghor told Salam Watandar that on Sunday morning, two army soldiers were attacked and killed by two unidentified motorcyclists as they were walking towards “Ghazi Valley” in the west of Firuzkuh city. Witnesses to the incident also say that the motorcyclists fled the scene after firing at the two security forces. According to them, the incident took place in front of the gate of the special forces of the province.

Zalmai Karimi, spokesman for the Ghor Police, confirmed that two security forces had been killed. No individual or group has claimed responsibility for the attack. On the other hand, Shayeq Sanjani, the police chief of Bagram district of Parwan, told Salam Watandar that verbal clashes between a man and his nephew in the village of Qalandarkhil in the district had led to the nephew being killed. He added that the perpetrator of the murder had been arrested by the police. According to the Bagram police, in another incident, two men were cleaning a gas storage facility in the village of Sar Sayad, when a person was killed and another was poisoned. Parwan Police says both incidents took place before noon on Sunday.

Meanwhile, second Vice-President Sarwar Danesh says there is no difference between the Taliban of yesterday and today, and that the group, which has dominated some areas for several days, has shown that there has been no change in their thinking. The second vice-president wrote in a post on his Facebook page, “The only change is that with the mistakes of the international community and countries near and far, this group has gained relative legitimacy and today considers itself the winner of the war.”

According to him, the Taliban, by committing war crimes and massacring innocent people, have taken control of a number of parts of the country and the group’s fighters, from Ghazni Malistan to Spin Boldak in Kandahar, Ghor and Badghis and the northern provinces, have destroyed public property and the infrastructure of the country. 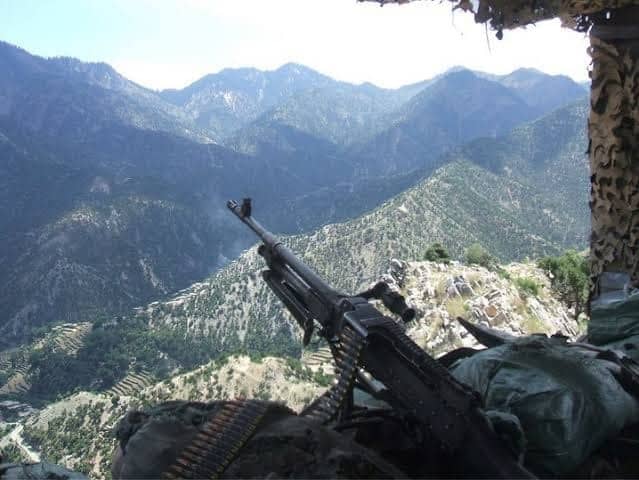 The abduction of women for forced marriages, the suppression of freedom of expression and local media, the shooting of artists and cultural figures, the looting of people’s homes and property, the forced recruitment and forced relocation of people, and the ransacking of people’s homes have been among the group’s shameful acts in recent wars. Earlier, the Taliban claimed control of the Spin Boldak district of Kandahar province, evicting hundreds of civilians overnight and shooting more than 100 civilians. According to some reports, Taliban fighters in Ghazni’s Malistan district also shot dead a number of locals, including farmers, drivers of vehicles and civilians in general, and had previously forced IDPs of Badakhshan in Kunduz province to move from.the province.

UNHCR has endorsed some of these reports, denouncing the violence and saying that forced migration and disappearance is against international law. Meanwhile, Danesh wrote that the international community now understands that the Taliban is never in favor of real peace and thinks more of war and violence than a political solution.

Danesh called the Taliban’s invitation to international meetings and conferences a “wrong treatment” of the group and “unreasonable optimism” about the peace process, calling it a form of “disgrace and legitimization” of the terrorist group. He called the pressure on the Afghan government to release Taliban prisoners and the “hasty withdrawal of foreign troops” and to leave the Afghan government and people alone in the face of Taliban attacks an “unforgivable mistake of the international community” that the vice president said could never be remedied.

Meanwhile, the President of Tajikistan in his speech to the Tajik military, expressed his hope for peace and stability in Afghanistan. He added that in the past, Afghan leaders have mediated for peace in Tajikistan, despite intense fighting on Afghan territory, which has resulted in a comprehensive turnaround in the country’s negotiation process. The Afghan Government said that it is grateful for the goodwill and continued support of Tajikistan, a friendly and brotherly country, and reiterates the importance of strengthening a regional consensus to combat terrorism and violent extremism, which is a common threat to the region and the world.

In fact, as a result of the ongoing clashes in Sheberghan, the capital of Jawzjan province, at least 15,000 students have been barred from attending school. Shayesta Haidari, Jowzjan’s deputy education director for finance and administration, told the Sobhe Kabul newspaper that under the direction of the Ministry of Education, schools in the province reopened on July 24, but due to the ongoing clashes in the city of Sheberghan, 40 schools are still closed.

According to her, the schools that are still closed are located on the Jawzjan-Sar-e Pul and Jawzjan-Balkh highways. Haidari said, “After the war spread to the outskirts of Sheberghan, large numbers of residents were displaced, and now that summer exams have begun, students are unable to attend school.” She added of the 15,000 students about 5,000 are female students. Some residents of Sheberghan described the clashes in the city as worrying and said that its continuation would cause more people to be displaced from their areas.

Also, as per the United Nations Office for the Coordination of Humanitarian Affairs (UNOCHA) in Afghanistan, almost 287,000 people have left their homes this year due to fighting. In addition, close to 594,500 people have returned from neighboring countries to Afghanistan, mainly from Iran, as per their report for January-June 2021.