Kabul: The Ministry of Interior (MoI) on Sunday rejected Taliban’s claims of having captured districts.

MoI Spokesman Tariq Arian stated that the ANDSF have temporarily shifted from one area within some district centers to another area, which is not meant collapse of these districts. Arian said that the Taliban are unable to keep a district or use any vehicles they claim to have captured, the group lacks logistical capacity and its members are scattered in remote areas.

Arian claimed that the Taliban has no plan for the people in the areas, which the group claims to be present, whilst the people have been displaced from the areas, where the Taliban are present, indicating that the group has no place among the people. Arian reiterated that Taliban advances are temporary, not permanent, as the group follows destructive approach and at the same time, major public mobilization has been formed in support of the ANDSF, several districts have been freed from the Taliban, people have taken part in national defense process, and the ANDSF are bravely defending their country and people.

In fact, the Ministry of National Defense announced on Sunday that Baharak district of Badakhshan province was recaptured by government forces. Fawad Aman, deputy spokesman for the Ministry of Defense, said the Taliban had suffered heavy casualties in security operations.

Also, local officials in eastern zone stated that 101 Taliban insurgents were killed or wounded during ANDSF operation in Laghman and Nangarhar provinces. Deputy Spokesman for the 201st Selab Army Corps, Sayed Maqsood Sahibzada, told Etilatroz that the ANDSF conducted air and artillery strikes in Alishing district of Laghman province today morning, killing 41 Taliban insurgents including three commanders, and wounding 37 others. Sahibzada added that 15 Taliban insurgents were killed and eight others were wounded during a special operation in Hisarak district of Nangarhar province, where the ANDSF also captured weapons and ammunition. Officials said that the operations were successfully ongoing. The Taliban have yet to comment on the report.

Meanwhile, security sources in Ghazni province confirmed that four civilians, including a woman, were killed during clashes between government forces and Taliban fighters in Ghazni city. Safi Hazara, the head of Ghazni’s PD6, said that the incident took place on Saturday in the Qala-e-Klokhak area in the city. Hazara added that Commando forces also killed 14 Taliban insurgents and wounded two others, who had hidden inside a mosque in the area, to attack the ANDSF. The Taliban are yet to comment on the matter.

Also, security sources in Herat province said that Najibullah, the head of criminal department of Herat’s PD5, was killed in a clash with armed robbers. Abdul Ahad Walizada, a spokesman for the Herat Police said that the incident took place on Saturday night. Walizada explained that the clash between the police forces and the thieves took place when the thieves fled after stealing and were pursued by the police. Walizada added that two armed robbers were also killed during the firefight and another was wounded, whilst the police also confiscated weapons from the robbers.

In other news, local sources report that the Taliban group also carried out an attack on a popular uprising checkpoint at Bagram Airport. According to sources, the checkpoint is located on the border between Bagram and Kuh-e-Safi districts in Parwan province. Lala Shirin Rufi, Bagram district governor of Parwan province, told Hashte Subh daily that a group of 20 Taliban had attacked a local army checkpoint in Kuh-e-Safi district in Qala-e-Jala village, on the border between Bagram and Kuh-e-Safi districts. One local army member and a Taliban insurgent were killed and another was wounded in the attack. Local sources said that the Taliban intended to attack the Bagram Air Base, however, Raufi said that the Taliban lack the capacity.

Meanwhile, the Ministry of Foreign Affairs (MoFA) welcomed the removal of the Afghan National Police (ANP) from the UN Secretary General’s “List of Shame,” which was due to the presence of children under 18 within the ANP. The MoFA stated that UN Secretary General’s 2020 Report on Children and Military Conflict describes the implementation of the ANP Action Plan to prevent recruitment and reduce violence against children as a success. 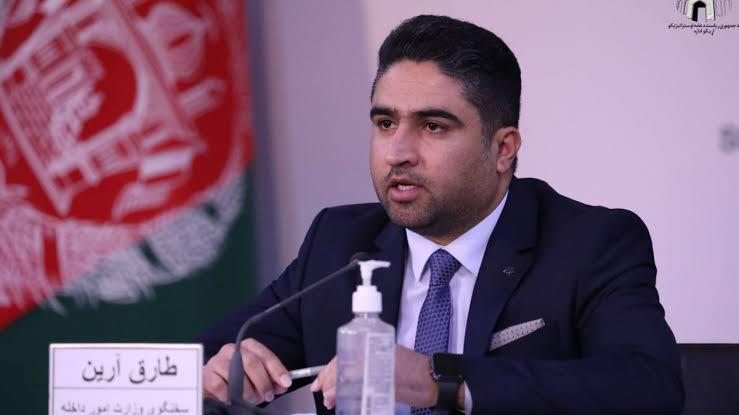 The MoFA added that the removal of ANP from the list is the result of ongoing progress in implementing the National Action Plan and preventing recruitment of children into the ANDSF ranks, and this development demonstrates the Afghan government’s commitment to international values of human rights and good governance. The MoFA hoped that countries and international organizations will prevent the recruitment of and violence on children by exerting political pressure and imposing sanctions on the Taliban and other armed opposition groups.

Meanwhile, Nangarhar’s provincial repatriation and refugee directorate stated that violence has displaced 6,000 families across the province, over the past three months. Deputy Provincial Repatriation and Refugee Director Wali Mohammad Allahyar told Etilatroz that these families have been forced to flee their homes in Haska Mina, Achin, Hisarak, Pachir aw Gam, and Sherzad districts, and food and other basic needs have been provided to 1,200 out of 3,000 families, who have been surveyed in cooperation with various non-governmental organizations. Allahyar gave assurances that the survey is underway to provide basic needs to all the deserving families.

Those displaced called on the government to provide assistance, increase ANDSF outposts in the recaptured areas, and equip the people’s uprising forces. Meanwhile, Provincial Police Chief Sultan Daud Sultan said that clearance operation has been launched to recapture the lost areas. Sultan added that the ANDSF have cleared Bagh Dara area of Achin district, killed and wounded dozens of Taliban insurgents, including 16 Pakistani nationals, and that those displaced from the area can return to their homes.

Also, former Vice-President and Deputy Jamiat-e Islami Party Leader Ahmad Zia Massoud stated that the current government seems unable to contain the major challenge, as the country is facing rapid military developments. Massoud added that it’s important for the government to take an immediate action and establish an Emergency Council, consisting of prominent military figures and political leaders, which should have the necessary executive authority to help the government control the situation. Massoud warned that otherwise, the country will witness the collapse of districts to the Taliban, on a daily basis.

However, First Vice-President Amrullah Saleh on Twitter said, “I see a great and historic opportunity for unity. Every single community from all corners of the country asks Kabul for deployment of the army and commandos. This shows thirst for institutions and rule of law as people reject factionalism. Talibs won’t be able to take Afghanistan or rule. Never.”