International Children’s Day: Over 6 Million Children At Risk In Afghanistan

Kabul: On International Children’s Day, the Ministry of Labor and Social Affairs said that according to the National Strategy for Children, more than six million children are currently at risk in 23 categories.

Ghulam Haidar Jilani, Deputy Minister of Social Affairs at the Ministry of Labor and Social Affairs, said at a Children’s Day celebration in Kabul that the number of children, included orphans, war victims, drug addicts and children in transition from one province to another or from one district to another, children who have returned from abroad, children with mental retardation and children with disabilities, among others. 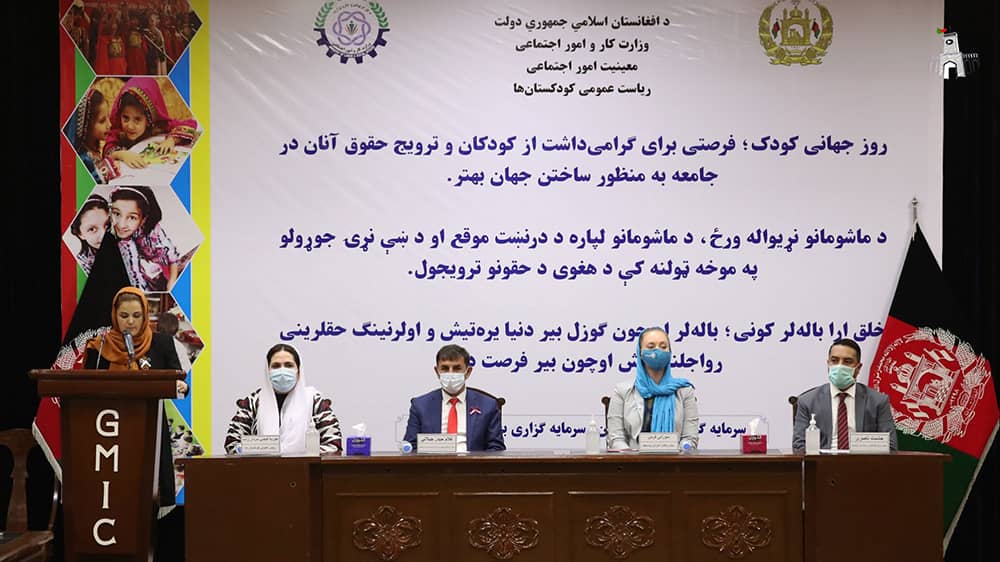 Jilani added that 196,000 children have disabilities and one in three children on the road is a beggar. However, he said that the Ministry of Labor and Social Affairs is implementing more than 20 national and international instruments on the rights of children and has plans to protect children at risk.

Afghanistan is a country at war, he said, adding that children are at risk of being abducted on the one hand, and large numbers of children are being harmed as a result of the war.

Statistics from the Ministry of Labor and Social Affairs show that 490 orphanages provide services to 25,000 to 30,000 children. Of these, more than 10,000 orphans live in 68 public and private orphanages.

Meanwhile, Susan Farahman, UNICEF Representative in Afghanistan, said that since 2000, 10 million people in Afghanistan have been added to the list of children learning, playing and improving in schools.

Farahman also said that the number of well-grown children has increased by 24% compared to 2004.