US To Continue Securing Kabul Airport

Referring to the bilateral security agreements between Afghanistan and the United States, he said that his country is committed to cooperating to develop the security sector; in particular, the security of Kabul airport will continue. 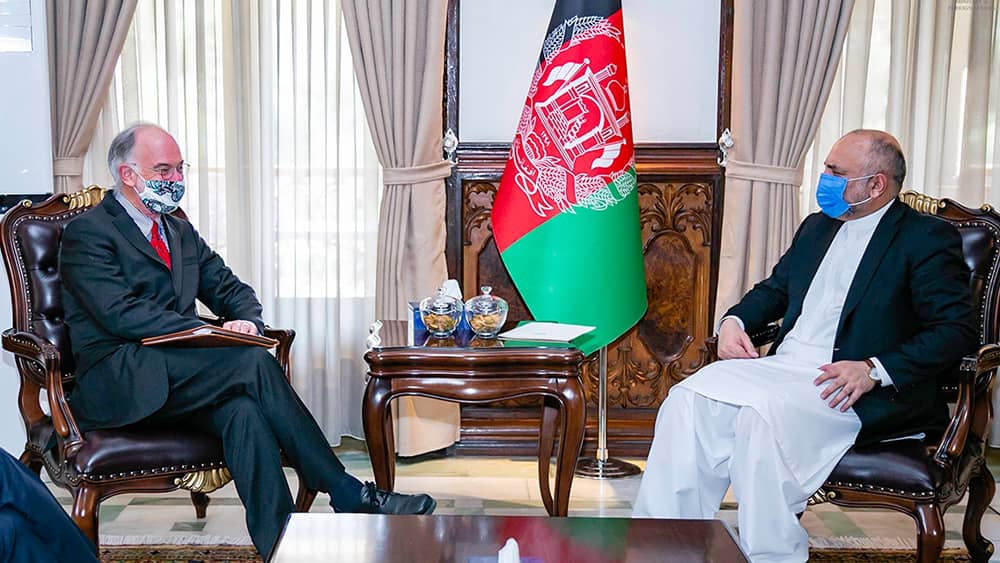 The Foreign Ministry said that the two sides also discussed the peace process in Afghanistan.

During the meeting, Atmar spoke about the latest developments in the Afghan peace process, and the Charge d’Affaires of the US Embassy in Kabul assured that his country would continue to cooperate in the peace talks. He also spoke about the progress made in the withdrawal of foreign troops from Afghanistan.

The withdrawal of foreign troops from Afghanistan began on May 1. This process is scheduled to be completed by September 11 this year.

On the other hand, Ross Wilson has given the invitation of US Secretary of State Anthony Blinken to Mohammad Hanif Atmar to attend the meeting of the foreign ministers of the Global Coalition. The meeting will be held in Italy next month.