Kabul: On World Refugee Day (June 20), the Ministry of Refugees and Repatriations of Afghanistan estimates that some 6.5 million Afghans are living as migrants or asylum seekers in about 70 countries.

Iran and Pakistan host the largest number of Afghan refugees. More than four million more Afghans, have been forced to flee their homes and areas as a result of fighting and escalating violence. The Afghan Ministry of Refugees and Repatriations said that there are about four million internally displaced people in Afghanistan, and since the beginning of the solar year 1,400, about 128,800 people have been displaced from their original areas.

Although according to the Afghan Ministry of Refugees and Repatriations, aid is being provided to Internally Displaced Persons (IDPs), in most parts of Afghanistan, IDPs are complaining about the lack of timely and timely assistance, leading the government to underemployment and lack of planning.

It is feared that with the escalation of violence in Afghanistan, not only will the number of those forced to flee the country increase, but also the number of internally displaced persons.

Currently, there are 2,215,445 registered refugees from Afghanistan living in Iran and Pakistan. Only a little number of refugees (1,072) have returned to the country in 2021, according to the United Nations (UN) data.

Even the Afghan Independent Human Rights Commission (IHRC) has expressed concern over the plight of Afghan refugees in countries and refugee camps around the world, and called on migrant organizations to pay special attention to the plight of these refugees.

A statement from the Independent Human Rights Commission (IHRC) released on Sunday, on the occasion of World Refugee Day, said that the escalation of the war and the country’s volatile security situation have led to increased civilian casualties, displacement, displacement and more migration from Afghanistan. 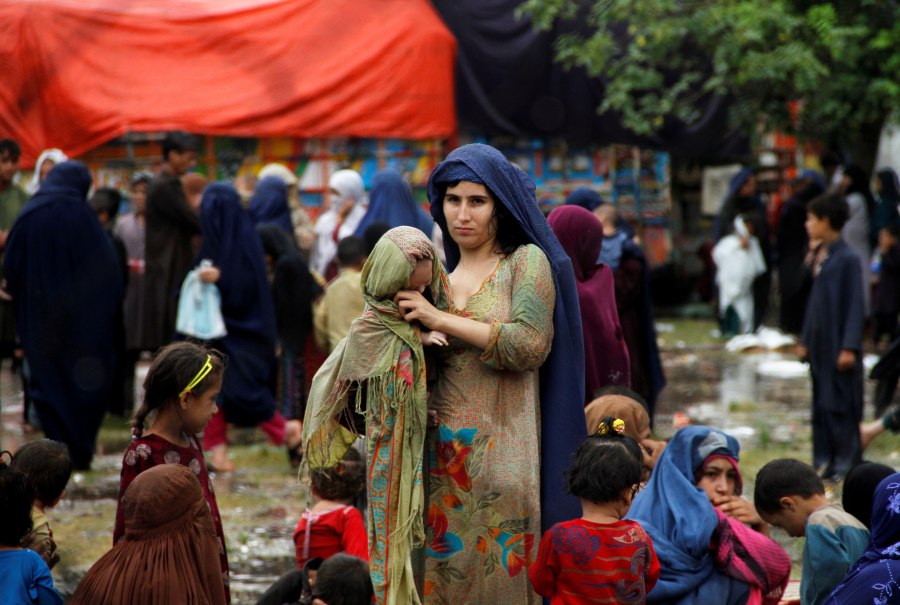 The commission noted that instability, protracted war and unstable security situation have led to an increase in migration from Afghanistan. The AIHRC says Afghanistan is one of the countries with the highest number of refugees in the world. Afghanistan Human Rights also called on the warring parties to respect the right of the people to live in security and peace and to end violence.

The commission also called on the Taliban and the government to cease fire and work for a just and lasting peace.

On the occasion, President Ashraf Ghani said that the international community has given the Taliban political status. Ghani also said at the ceremony held on Sunday at the Presidential Palace that the Taliban were responsible for continuing the war and that they destroyed public facilities and targeted civilians on a daily basis.

“This illegitimate war imposed by the Taliban must be sanctioned and condemned by the region and the international community,” Ghani was quoted as saying in the presidential palace newsletter.

He called on the countries of the region, especially Pakistan and Iran, not to hesitate in their active role in establishing lasting and just peace and stability in Afghanistan.

On the other hand, President Ghani considered the refugees and diaspora as an integral part of the Afghan nation and national capital and added that according to the constitution, no Afghan citizen can be deprived of the right to be “Afghan”.

Referring to the diaspora’s effective role in development programs, Ghani added that the issue of migration could not be addressed without a clear vision and attention to the changes that are taking place. He stressed that eight national programs are currently being designed and implemented, and that international assistance should be outcome-oriented, not process-oriented.

They stressed on the need to reduce violence in Afghanistan, and to continue to support the United Nations’ efforts in marketing, peacebuilding, and state-building within the framework of the Peace Development Plan.