The Afghanistan Meteorological Department has issued a rain, snow and flash flood warning for 20 provinces from today to tomorrow.

According to a warning posted on the AMD’s website, the department stated between 10 and 40mm of rain forecast for a number of provinces. 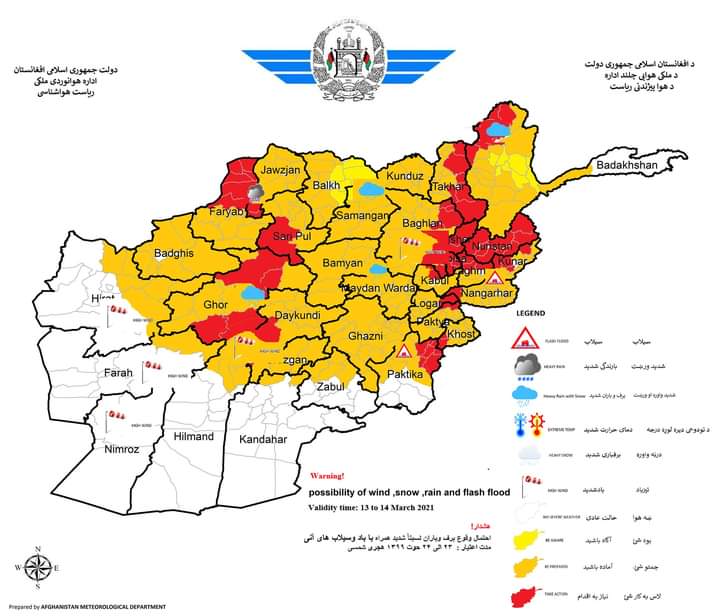