The Ministry of Foreign Affairs (MoFA) announced appreciation for the efforts and support of neighboring countries and the region in achieving peace in Afghanistan, and emphasizes the importance of continuing these efforts and cooperation.

The MoFA in a press release acknowledged that the holding of peace talks in Afghanistan in the Russia and Turkey is a continuation of the Qatar process and is not an “alternative”. 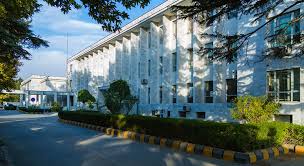 “Afghanistan appreciates the sincere efforts of the Qatari government to ensure peace in Afghanistan, especially the hosting of peace talks between the delegations of the Islamic Republic of Afghanistan and the Taliban, and hopes that these joint efforts will yield the desired results,” the press release added.