No Peace Plan Should be Considered in Absence of Afghan Govt: Danish

Sarwar Danesh, the second Vice President, says that no peace plan should be considered in the absence of the Afghan government, without considering national interests and based on foreigners’ decision.

Speaking at th 26th death anniversary of Abdul Ali Mazari in Kabul on Thursday, Danish said, “Any peace plan must be proposed based on continuation of the Afghan constitution and maintaining of the political system.”

According to him, the plan for the formation of an interim government means the collapse of the current system.

Mr Danish said the best mechanism for lasting peace was the fair participation of all parties, including the Taliban, in the system and the holding of elections. 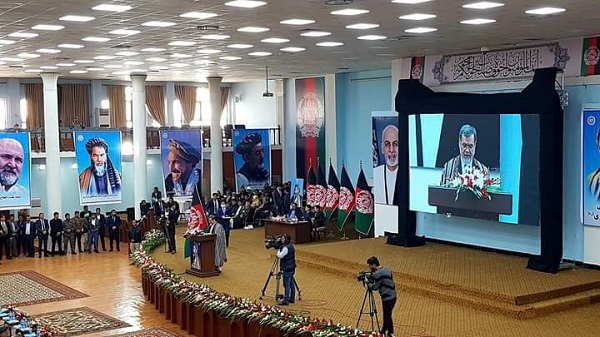 He added that determining the political destiny of the people is not possible in any other way except through public elections.

The second vice president stressed that without elections, Afghanistan will plunge into another deeper crisis and no one will accept an imposed system or a system that is not based on elections and the public will of the people.

“The Taliban have been at war with everyone for more than 27 years,” he added. “This group has shown in the past that it seeks monopoly of power and their practical policy has been based on the policy of exclusion and monopoly. Although the government has taken many steps towards peace; But the Taliban have not shown good faith and have not made a serious decision on peace.”