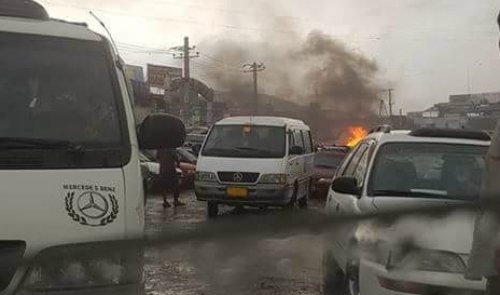 According to ToloNews, one has been confirmed dead due to the blast.

It has also been reported that the magnetic bomb exploded on a four-runner type vehicle.