The Independent Election Commission has put up a cash penalty on 52 candidates for the parliamentary elections. As per IEC the penalties have been drawn on the grounds that the candidates began their campaigns prematurely, starting it before the scheduled timing.

Rafai Rafiq Sediqui, the head of IEC Media Committee addressed a press conference on Friday and informed that the candidates were called out for campaigning on social media and via banners before the IEC scheduled for the campaigns to begin. 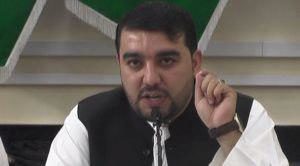 There also a number of other electoral campaign laws so as to not cause a nuisance to the public or prevent any unfair practices by the candidates. Imam Mohammad Warimach, former chief of IEC Secretariat has pointed for instance, that the posters should be placed in proper places and not at the cost of public convenience.