According to Reuters, at the meeting, the Taliban were called on to co-operate with the government in terms of the security of the upcoming election, but the Afghan government is not aware of how the meeting is organized.

A senior Taliban official told Reuters: “The government has agreed to release a number of Taliban prisoners. A small number of our inmates have been released, and the release of the remaining prisoners has been set in three instalments and will be released in the coming weeks.” 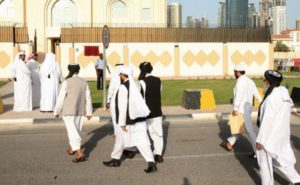 Ensuring the holding of parliamentary elections’ security is one of the key priorities of the Afghan government and its international partners.

The Taliban have also confirmed in a conversation with Reuters that they are scheduled to hold another meeting with US officials, but they did not inform anything about the time and venue of the meeting.

Previously, American and Taliban delegations have met in Doha several times. Washington has consistently emphasized that the meetings with Taliban’s have so far been aimed at facilitating peace talks between the Taliban and the Afghan government.

Pakistani Foreign Minister has also said that Pakistan’s stability is directly linked to Afghanistan’s peace and stability. Shah Mahmud Quraishi, in a meeting with United States’ Special Representative for Reconciliation in Afghanistan, Zalmay Khalilzad, said that Islamabad is prepared to cooperate with the Afghan government for peace in Afghanistan.