The Ministry of Interior (MoI) says a police officer who beat a woman at the border port of Torkham has permanently been expelled from the police ranks.

Interior Ministry spokesman Tariq Arian said on his Twitter account today that the police officer had been fired from the ministry for beating a woman. 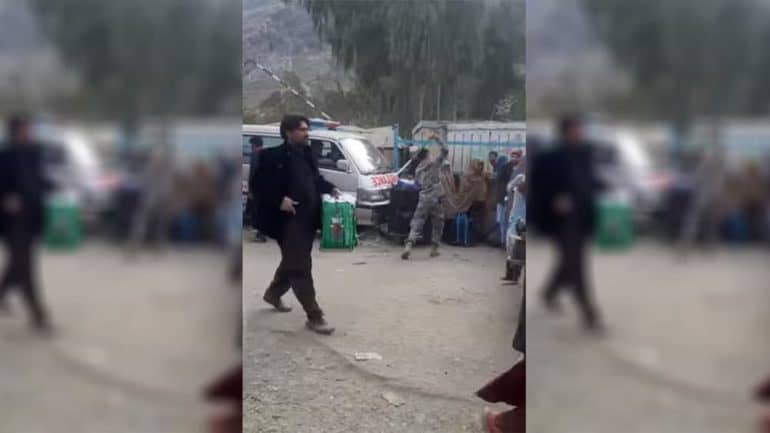 Mr. Arian called beating of women is a Taliban act and stressed that anyone who commits such behavior is considered a terrorist.

The spokesman for the Ministry of Interior stated that the police are enforcing the law and that resorting to violent behavior is not acceptable at all.

In the past few days, a video was posted on social media in which a police soldier beat an elderly woman.

The release of the video provoked a lot of reactions, with many condemning the behavior and calling for the police soldier to be punished.