The eighth round of talks between the Taliban and the US  has ended and now both sides will consult with their leadership on the next steps, a Taliban spokesperson said on Monday.

The eighth round of talks in Qatar concluded on Sunday night and was long and useful, Zabihullah Mujahid, Taliban spokesperson said in a statement.

Mujahid did not give further details about the outcome of the talks. 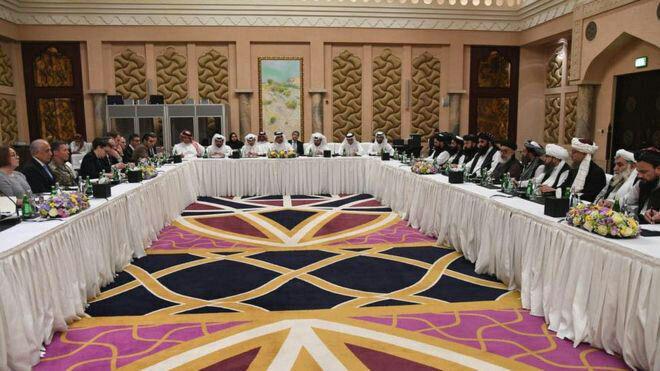 In the meantime, US Special Representative for Afghanistan Reconciliation Zalmay Khalilzad in an Eid message on Twitter  expressed his hope for achieving peace in Afghanistan.

“I hope this is the last Eid where Afghanistan is at war. I know Afghans yearn for peace. We stand with them and are working hard toward a lasting & honorable peace agreement and a sovereign Afghanistan which poses no threat to any other country,” he said.

The eighth round of US-Taliban peace talks wereheld in Doha, and Khalilzad had previously said that this round of talks would focus on the conditional withdrawal of US troops from Afghanistan.