US Democrat Klobuchar Insists On Keeping Limited Troops in Afghanistan

“You could always have training footprints and people working there ready to go if there is a complete upsurge, but I think that you have to make sure that this country can function on their own.” Klobuchar said on ‘Face the Nation’ on Sunday. 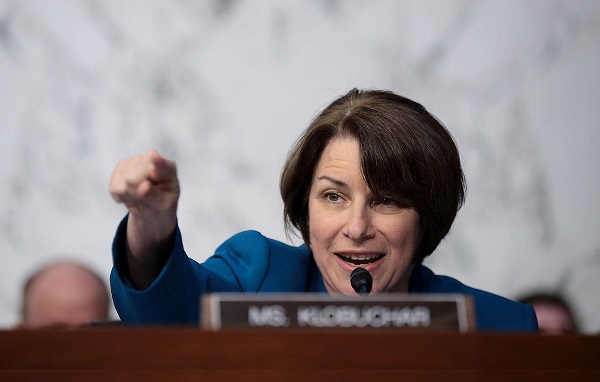 As per CSB News report, in recent months, the Trump administration has been holding peace talks with Taliban militants. The fundamentalist group which governed Afghanistan until a U.S.-led coalition invaded the country in 2001 has opposed negotiating directly with the current government in Kabul. But the two sides have yet to reach an agreement to end what has become the longest war in American history.

“We have people there now who are deployed and weren’t even born when we got into Afghanistan,” Klobuchar said on Sunday.

The U.S. currently has about 14,000 troops in the country, but President Trump has signalled he wants a major draw down as soon as possible, given the seemingly intractable nature of the conflict.

Foreign policy hawks in his own party, like staunch ally Senator Lindsey Graham of South Carolina, have urged Mr. Trump to maintain a “robust” military presence in Afghanistan for national security purposes.

Whereas, Klobuchar also supports withdrawing most U.S. forces from the country, she stressed that the U.S. government needs to secure a lasting and balanced agreement with the Taliban that ensures the recent social and political reforms in Afghanistan continue.

She said that the US wants to make sure the gains that they made with women in government and the democracy in Afghanistan stay the same, but further added that they need to start bringing US troops home.