The US Inspector General for Afghanistan Reconstruction (SIGAR) has suggested to the Afghan government to improve the screaning procedures at the Hamid Karzai International Airport in Kabul.

The US watchdog in a report has stated that at Hamid Karzai International Airport in Kabul, non-VIP passengers go through five checkpoints and six inspection sites, while very important people (VIP) or commercially important person (CIP) passengers are screened only once and VVIPs are not screened at all.

The report said that since the collapse of the Taliban regime in  2001, cash smuggling out of Afghanistan’s international air and land ports has been a concern for the Afghan government, the United States, and the international community. 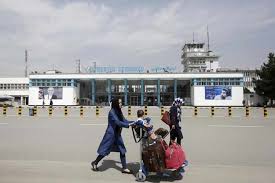 According to the report, the principal difference between the screening processes for non-VIP and VIP/VVIP passengers is the level of screening and scrutiny.

The report added that VVIP passengers bypass all security procedures and their vehicles are cleared to drop them directly near their planes on the tarmac.