German police officers arrested over 24 rioters after dozens of small groups hurled stones at the police in Stuttgart’s city centre on Sunday morning.

The riots broke out after officers conducted checks related to a crackdown on drug dealing. 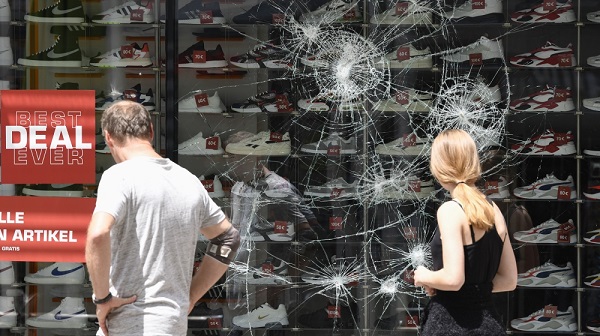 Several groups ganged up on the policemen and started to threaten them before turning “extremely aggressive” and attacking the forces.

A total of 19 officers were injured while the rioters who were detained included Germans, Bosnians, Portuguese, Iranian Iraqis and Afghans, reports The Daily Express.

Officers had to use pepper spray to push back the crowd which at one point had grown close to 500 people.

At least 300 stores were damaged and nine reported looting.