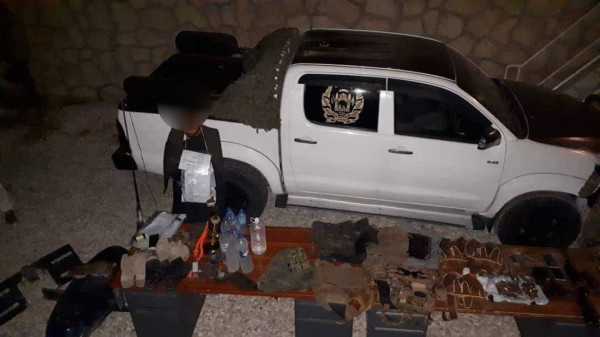 The Ministry of Interior in a statement said the Taliban commander identified as Yousuf who was arrested in Nahr-e-Shahi district of Balkh province on Sunday night.

The statement further added that 11 bottles of alcohol, a Hookah, an Ak-47 rifle, an air rifle, a pistol, and other military kits and a vehicle were confiscated.

The anti-government armed militants including Taliban have not commented regarding the airstrike so far.