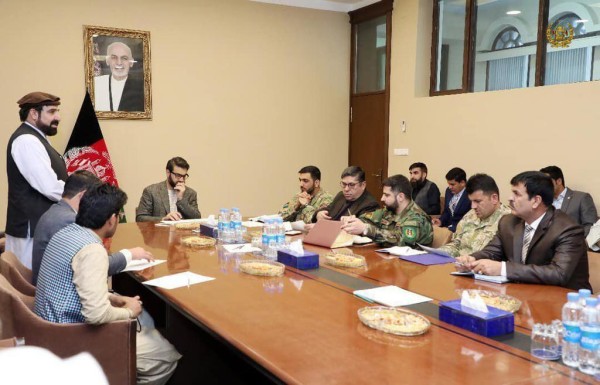 Mr Mohib has given his statements last night in a meeting with a number of elders and youth of Nangarhar province.

In the meeting, the elders of Nangarhar province, while calling for assistance for the displaced families in the recent clashes of Khogyani and Shirzad districts of the province, have urged the national security advisor to launch a clearance operation against the Taliban and IS-K in the Khogyani, Sherzad, and Hesaarak districts.