Amed groups in Afghanistan, Yemen, Syria, and Libya have not fully adhered to a United Nations call to lay down their guns during the novel coronavirus pandemic, the world body’s chief Antonio Guterres said on Friday.

Speaking with reporters via a video link, Guterres said that his call for a global ceasefire had been well received around the world by Pope Francis and many others as part of efforts to tackle COVID-19 and the economic chaos it has unleashed. 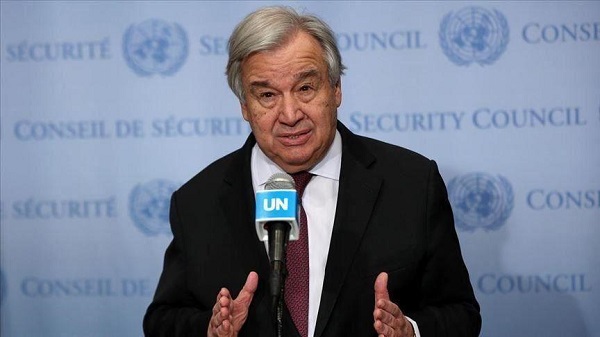 But he noted that violence has “spiked” in Yemen and “escalated” in Libya, while Syria has witnessed ongoing tensions, even as the country has recorded some local COVID-19 cases that could prove too much for the country’s battered health system.

In Afghanistan, Guterres noted that fighting “increased” after his call for a ceasefire but that later the government and the Taliban launched long-awaited talks for ending decades of grueling conflict there.

“We need robust diplomatic efforts to meet these challenges. To silence the guns, we must raise the voices for peace.”