Afghan National Directorate of Security has busted 10 Chinese citizens over espionage, these detainees are linked to a Chinese spy agency, Hindustan Times reported.

These Chinese spy agency members were caught for operating a terror cell in the capital of Kabul city, this crackdown turned a huge embarrassment for Beijing, as the Chinese government demanded to put the matter at rest, diplomats and security officials told the Hindustan Times.

The crackdown had started on December 10th and 10 Chinese citizens were captured by the NDS, these individuals were linked to running a terror cell, espionage, and served China’s spy agency.

Two of these captured Chinese nationals were in direct contact with the Haqqani Network, a senior diplomat told Hindustan times.

Li Yangyang and Sha Hung, two Chinese spy operatives were in contact with Haqqani Network to gather information about Al-Qaeda, Taliban, and Uyghurs in Kunar and Badakhshan provinces, Eursian Times said in a report.

Li was arrested in his home in the western part of Kabul in Kart-e-Chahar, he was operating for the Chinese intelligence since July-August. 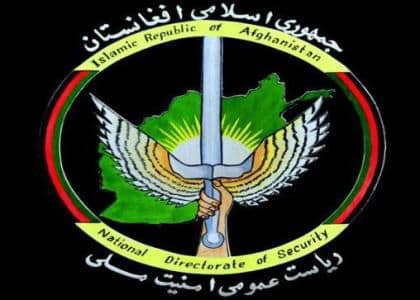 Eurasia indicated that Sha Hung was also running a restaurant in the Shirpur area of Kabul city.

Hindustan Times said President Ashraf Ghani was briefed in regards to the detentions, and the First Vice President, Amrullah Saleh, was given the authority to oversee the investigation.

Chinese ambassador to Kabul, Wang Yu was asked to be briefed on the detentions, Afghan government demanded a formal apology that admits to the violation of international norms.

The detainees will be pardoned upon the formal apologies otherwise, Saleh has told the Chinese envoy that the government will go “ahead with criminal proceedings”. Hindustan Times reported.

Afghan NDS seized arms, ammunition, and Ketamine powder a recreational drug during the first round of raids on December 10.

Sha Hung was also arrested on the same day, a security official told Hindustan Times, that NDS “recovered explosive material and other incriminating items” from her place, and other eight Chinese nationals were detained subsequently.

The Chinese spies were planning to create a fake East Turkestan Islamic Movement ETIM module in Afghanistan to entrap ETIM operatives in the country and Pakistan’s ISI worked closely with them to target Uighur leaders in Afghanistan.