The spokesman of Baghlan Police, Ahmad Jawid Besharat told Reporterly that the Taliban insurgents attempted to burn ten other feul tankers but failed due to the intervention of Afghan security forces.

According to Besharat, Taliban made the attempt after their extortion site in Chashme Shir area came under security forces’ control. 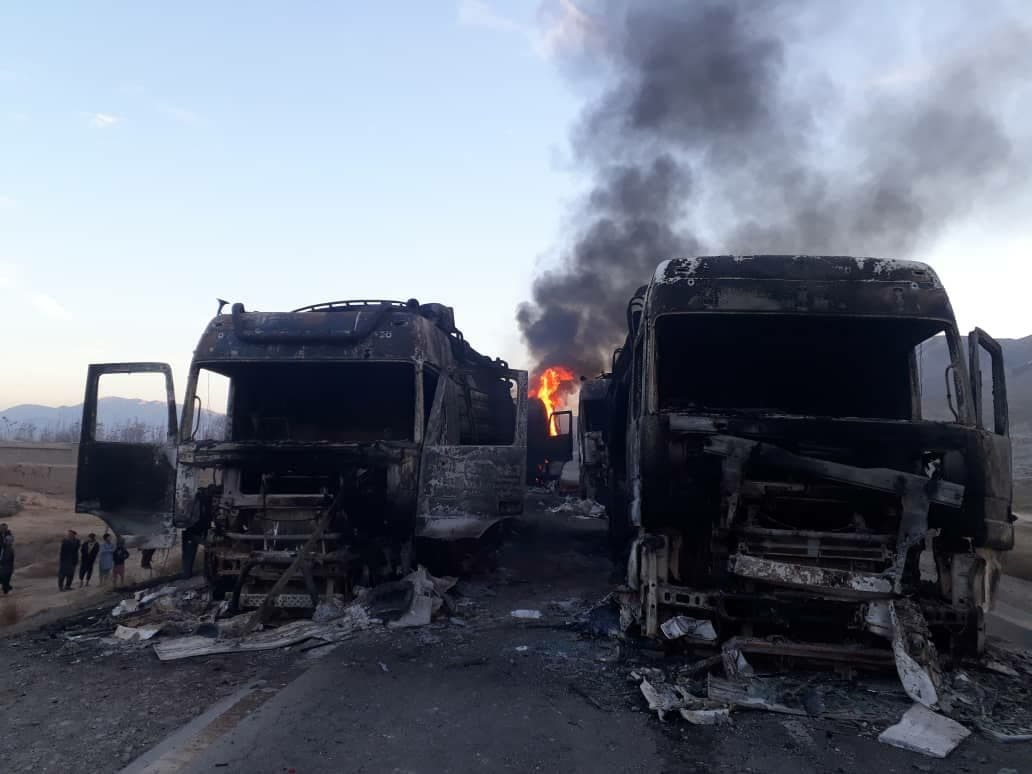 He added that the security forces’ efforts are underway to rescue the abducted drivers.

Social media footages showed black smoke billowing above the site of the attack, with the charred wreckage of dozens of trucks scattered around the area.