The leadership committee of the High Council for National Reconciliation (HCNR) in their fourth meeting on Saturday approved the guideline for the ongoing peace negotiations between the Afghan Republic team and the Taliban.

HCNR office in a statement said that
the leadership discussed the peace process, the start of the second round of the talks and reiterated their full support to the Afghan negotiating team.

According to the statement, they exchanged views on the guideline for the talks and insisted on unity and inclusivity.

The chairman of HCNR, Abdullah Abdullah said in the meeting that the negotiating team has full authority in talks on the agenda of the negotiations. 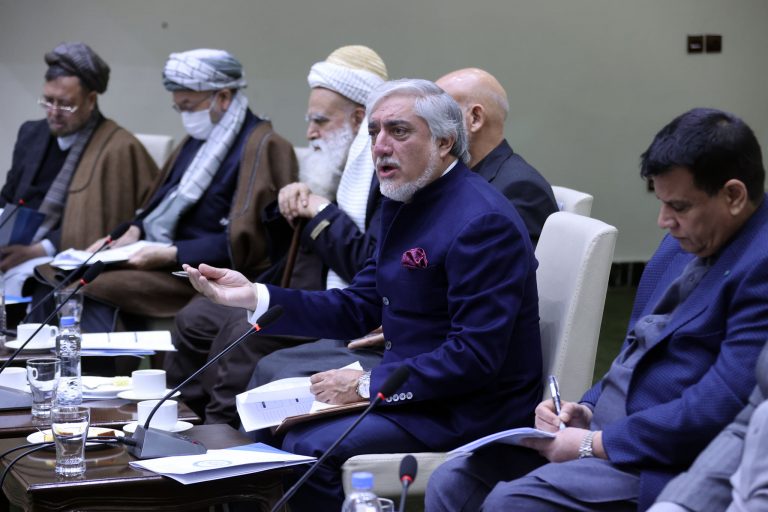 The leadership committee said that the country’s achievements and national sovereignty should be preserved in the talks and that Afghans are seeking permanent, dignified and nationwide peace, according to a statement by the council.

Members of the leadership committee of HCNR, including former president Hamid Karzai, former mujahideen leader Abdul Rab Rasul Sayyaf, said the meetings of the committee will be held in short gaps aligned with progress in the peace talks.