Afghanistan has transited over 15,000 tons of commodities through Dogharoon border with Iran in the first four months of the current solar calendar year March 20-July 21.

The mentioned commodities have been sent to their destination markets through Iran’s southern ports or Western land borders, IRNA quoted Hamid Mohammadifaz, an official with the Iranian Road Maintenance and Transportation Organization (RMTO), as saying on Friday. 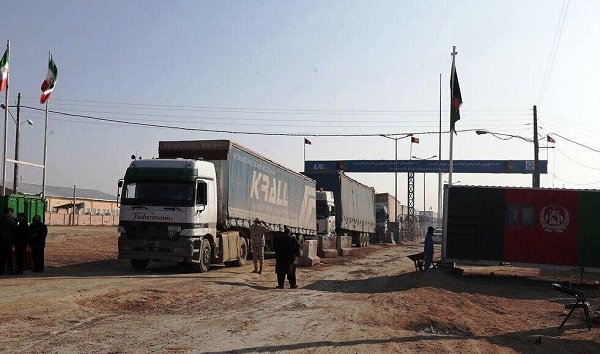 “These goods were imported by 610 trucks, of which 34 truckloads were transited to Turkey from the western borders and the rest went to the southern ports of the country,” the Iranian official said.

“While last year only 11 trucks transited cargoes from Dogharoon border crossing to the southeastern Chabahar port, this year, 256 trucks have transited Afghanistan’s goods through this route,” he noted.

Dogharoon is one of Iran’s top border customs in terms of employing modern management technologies, electronic infrastructures, and computerization which is located on the Iran-Afghanistan border in the northeastern Khorasan Razavi Province.