Abdullah Abdullah, the chairman of the 2020 Afghanistan peace Loya Jirga and the head of Afghan peace reconciliation office says the final decision will be announced tomorrow and inter-Afghan talks will begin three days after the release of 400 Taliban prisoners.

Mr Abdullah told a news conference on Saturday that a consultative jirga had been convened at a time when the issue of the release of 400 Taliban prisoners was seen as an obstacle to the start of intra-Afghan talks.

He added that members of the Jirga represent representatives of a wide range of Afghans and are present from all walks of life. 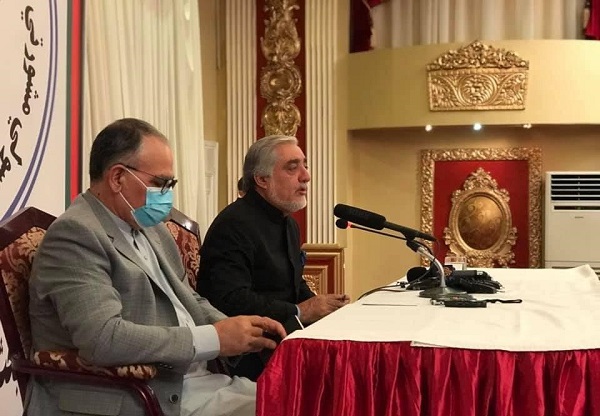 The Speaker of the Loya Jirga noted: “In general, I have concluded that everyone supports the start of negotiations. But there are differing views on how to overcome obstacles and how to negotiate. There are concerns about the release of 400 prisoners and their return to the battlefield.”

“At present, I can say in general terms that all members of the Loya Jirga called for the start of peace talks and the removal of obstacles to peace, but the final result of this Jirga will be announced tomorrow in a resolution,” Abdullah stressed.

In response to the release of 400 Taliban prisoners last night, he said that the list has not started yet, and that the release process will begin as soon as the Loya Jirga’s decision is announced.

Saying that intra-Afghan talks would begin three days after the release of the prisoners, Abdullah stressed that it will likely to be the first round of talks in Qatar and so far, with the exception of 400 prisoners, there are no obstacles to intera-Afghan dialogue.