Afghanistan, Iran to Link Up Through Railway in March

A senior Iranian official says a major railway connecting Iran and neighboring Afghanistan will be ready in March as construction of a key cross-border line is nearing completion.

Abbas Khatibi, a deputy to Iran’s transportation minister, said on Saturday that the Iran would link up Afghanistan to its railway once construction for the line connecting the city of Khaf in eastern Iran to the Afghan city of Herat is finished. 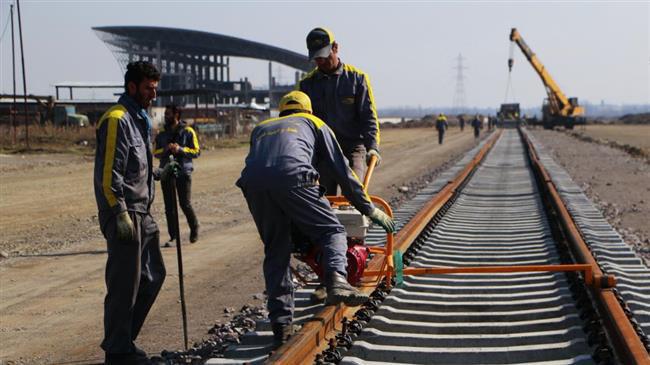 Khatibi said a major part of 191-kilometer railway would be complete in March or at last in April, 2019, allowing the two neighboring countries to kick off rail transportation.

Iran has almost finished its part of the Khaf-Herat railway, which runs 139 kilometers in three sections straddling the border between the two countries.