The Turkistan Islamic Movement, a largely Uighur jihadist group that is affiliated with al Qaeda and also operates in Syria, has released a new video showcasing it’s men fighting in Afghanistan.

As per the Long War Journal report, the video, dated for November 2019, is largely a photo montage featuring its fighters and their families. However, it also serves to tout its spoils taken from the Afghan military. 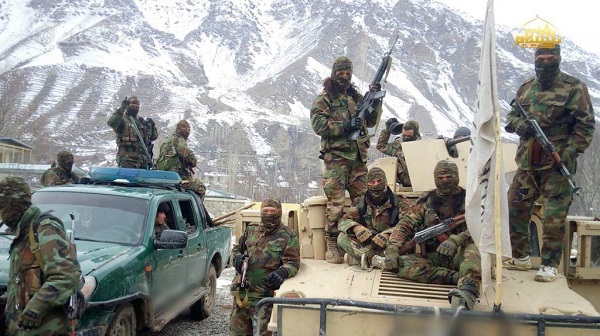 Dozens of Turkistan Islamic Movement’s men can be seen with captured Afghan military vehicles, including several Humvees. Captured weapons, including M16 and M4 variant rifles, can also be seen in the hands of the jihadists.

According to Log War Journal report, in several photos, child soldiers, a recurring theme within movement’s propaganda, are also shown with the older militants.

This is not the first time the Turkistan Islamic Movement has highlighted captured Afghan equipment and vehicles. Last year, it released a combat video from Afghanistan which showed several captured Humvees in the aftermath of the battle.

In 2015, a similar video was released in which another Humvee was captured in skirmishes with the Afghan military.