A NATO airstrike that killed scores of Afghan civilians in 2009 has gone before the European Court of Human Rights. The plaintiff, who lost two sons, challenges Germany’s refusal to prosecute a German commander.

Killed before dawn on September 4, 2009, were civilians who had swarmed to the trucks, stuck on a river sandbank, to siphon fuel — seven kilometers from a German base, then commanded by Colonel Georg Klein, at Kunduz in northern Afghanistan. 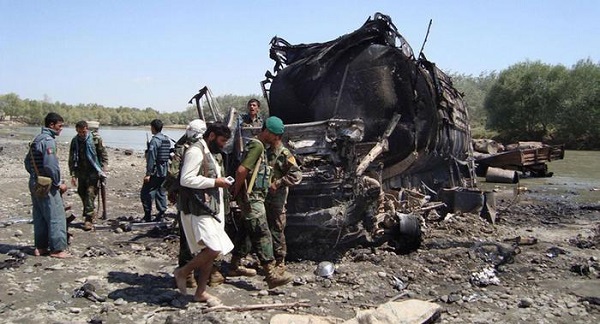 Klein, said prosecutors, had suspected the trucks were primed to attack military personnel.

The Strasbourg court has indicated that its decision is still one year away.

The European Court of Human Rights in its pre-hearing summary said reports indicated that “between 14 and 142 people” were killed, “mostly civilians,” including Hanan’s sons, Abdul Bayan and Nesarullah, then aged 12 and 8 respectively.

For the German government, lawyer Heike Krieger asserted the airstrike was carried out “in the name of the United Nations,” not under German jurisdiction.