West Yorkshire Police have launched an investigation into the trouble at the World Cup match between Pakistan and Afghanistan at Headingley, as per BBC.

Three arrests were made with two men being released without charge and one bailed pending further enquiries. 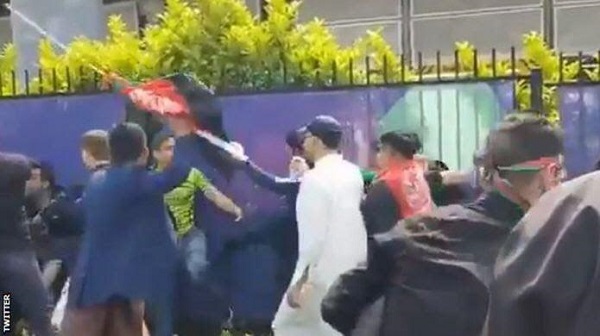 There were incidents of “disorder” before, during and after the game which Pakistan won by three wickets.

Police say the two games left to play at Headingley will now have an “enhanced police presence”.

Afghanistan play West Indies at the Leeds stadium on Thursday, with India’s game against Sri Lanka on Saturday.

Videos on social media showed Pakistan and Afghanistan fans clashing outside the ground on Saturday and a group trying to break through the gates between the main road and the stadium.