US’s Department of State in its latest annual ‘Country Report on Terrorism 2018’ (CRT), has accused Pakistan that on the one hand, it voices support for political reconciliation in Afghanistan, but on the contrary, Pakistani establishment did not restrict the Afghan Taliban and the Haqqani Network (HQN) from operating in Pakistan-based safe havens, and threatened the US and Afghan forces in Afghanistan.

The US Report found that Pakistan does not mend its ways; even though FATF in June 2019 placed it on its “grey list” for deficiencies and failure to implement UN sanctions related to designated entities, specifically citing concerns over Pakistan’s failure to fully implement the UN Security Council ISIL (Da’esh) and al-Qa’ida sanctions regime. 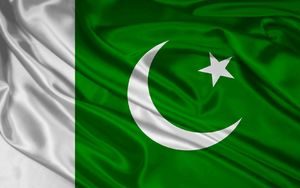 The report also questioned the Pak government’s decision allowing military courts to try civilians on terrorism charges for two additional years when these are criticized for not being transparent and are being used to silence civil society activists.