US Senator Bernie Sanders has criticized former Vice President Joe Biden stating he thought the United States should stop spending “trillions of dollars” on the war in Afghanistan.

“One of the big differences between the Vice President and myself is he supported the terrible war in Iraq,” Sanders stated during Wednesday night’s Democratic primary debate. “I helped lead the opposition against it.” 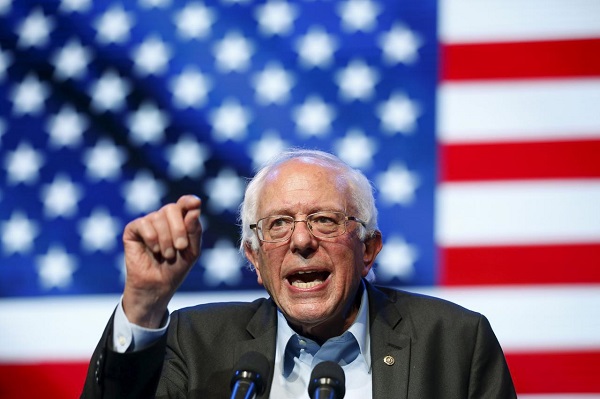 “I think we need a foreign policy which understands who our enemies are, that we don’t have to spend more money on the military than the next ten nations combined,” he continued. “But to answer your question, yeah, I think it is time after spending many trillions of dollars on these endless wars which have resulted in more dislocation and mass migrations and pain in that region, it is time to bring our troops home.”

“Unlike Trump, I will not do it through a tweet at 3:00 in the morning,” Sanders continued. “I will do it working with the international community, and if it’s necessary to negotiate with the Taliban, of course, we will do that.”

“At the end of the day, we have to rethink the entire war on terror which has caused so much pain and lost so many lives not only for our own men and women in the armed forces but for our own people in that region as well.”