Upper House: Necessary Details Not Provided Regarding Arrest of 3 Senators

The Upper House of Parliament in reaction to the arrest of three members of the Senate on charges of bribery of $ 40,000 has said that no details had been provided.

The Upper House has also appointed a delegation to discuss the issue with detainees, members of the Attorney General’s Office and National Directorate of Security.

Three senators who had recently gone to investigate corruption in the revenue-generating departments of Balkh were arrested on Sunday by the Attorney General’s Office and NDS on charges of bribery of $ 40,000.

Although NDS and the Attorney General Office have stated that they have raised the issue in a letter to the Senate under Article 102 of the Constitution, the Senate has rejected the issue and called for it to be considered. 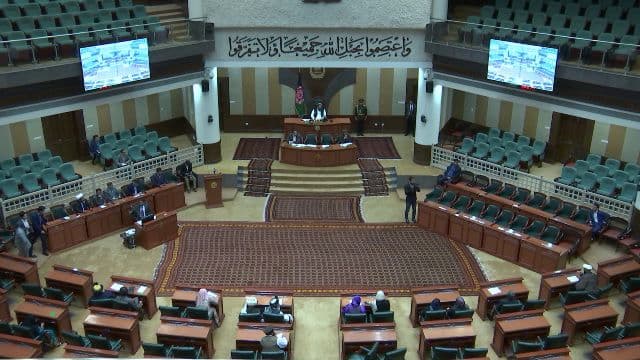 The article 102 of the constitution states that whenever a member of the National Assembly is accused of a crime, the responsible official shall inform the parliament to which the accused is a member, and the accused may be prosecuted.

The Senate has said it is committed to fighting corruption, but expects that the issue will be thoroughly, transparently and fairly dealt with in accordance with constitutional, and that justice will be best served.

Of the three senators arrested, two were appointed members of the Senate.

This comes as President Ashraf Ghani has revoked the membership of two appointed senators.