The private Mobile Network Operators “MNOs” (AWCC, Etisalat Afghanistan, MTN Afghanistan and Roshan) in a statement said that they face a number of issues that are not only impacting their future plans, but also the current operations.

“The highly competitive nature of the market has made even recouping our initial investment in rolling out 3G/4G technology a difficult challenge. This has been compounded by ATRA’s inability to provide us with the clean frequencies, free from all forms of interference, which we need to run our networks,” the statement said.

MNOs stated that contrary to recent statements made by ATRA Chairman Ansari, it is the arbitrary and onerous nature of ATRA’s policies and procedures on matters ranging from IMEI to SIM Distribution, and Customs Clearances to the Real-Time Data Management System, which have the biggest impact on their ability day-to-day to provide their customers with the latest products and services.

“Despite these challenges, we remain ready to work with ATRA and solve these issues together for the benefit of our customers and the country,” the statement added.

Afghanistan Telecom Regulatory Authority has recently announced that telecommunication companies have been fined for selling unregistered SIM cards, and 70% of these SIM cards were blocked. 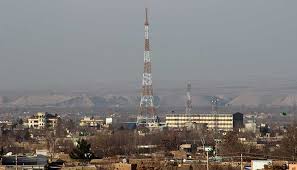 In an interview with the BBC Persian, Noor Saeed Shinwari, a spokesman for the ATRA office said that all telecommunications companies in the country were warned, that all the active and existing SIM cards must be registered by the end of 1400 (Solar Hijri Calendar).

According to Shinwari, the government took this step to ensure security, because many terrorist activities, blasts, and various other crimes are being carried out using unregistered mobile SIM cards.

However, telecommunications companies say SIM registration issues cannot be resolved fundamentally unless there is a digital central database registry system which they could link their systems to verify government issued IDs or Tazkiras, something which is not available. They also say that despite severe restrictions on SIMs by ATRA, which has raised the cost of a SIM, making it unaffordable for many people to access telecom services, crime rates have not gone down.

In addition to the above, out of 34 million SIM cards sold in the market, 22 million of them are reported active.