US Decision for Troop Pullout Will Pave the Way for Intra-Afghan Talks: Taliban

Suhail Shaheen, the spokesman for Taliban’s Qatar office has said that it is only the Afghan people who will determine the future government in the country, but he did not mention anything about negotiations with the Kabul government. 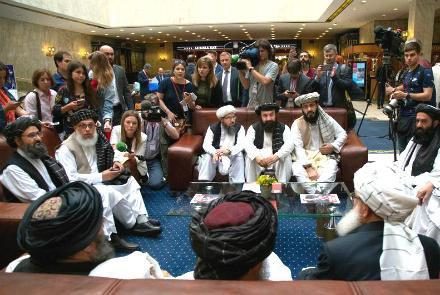 “The exact date will be announced today or tomorrow that when the seventh round [of talks] will start”, Shaheen said.

He added that it is clear that when the Americans announce their decision on the timeline of the withdrawal of their forces [from Afghanistan], it will open the way for intra-Afghan talks.

He conceded that this is so that “we can decide on the future government and intra-Afghan talks”.