Pakistan Customs has directed its terminal operators at the ports to make necessary arrangements for holding containers related to Afghan transit trade until clearance at the western borders restores, the NEWS reported.

The Pakistani government decided to close the customs stations at the western borders in the wake of coronavirus COVID-19, Pakistani authorities said.

The trade activity at Chaman stations, bordering Afghanistan, has been put on halt for the last 20 days, following the Pakistan’s government decision. 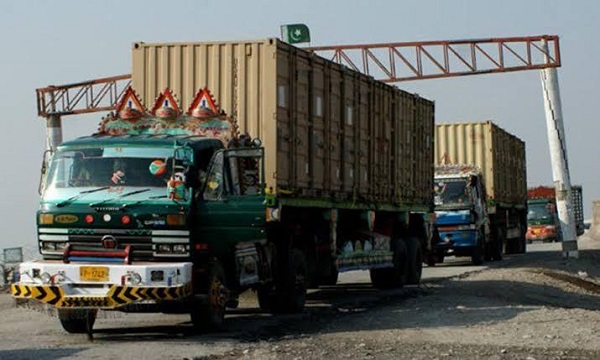 “Terminal operators may make necessary arrangement for stacking of transit containers within the transit area earmarked for storage and examination of transit containers till such time the operations at western borders completely restores,” the Directorate General of Transit Trade of Pakistan Customs said in a statement.

At Torkham border, all the containers of frozen chicken and animal products from China and other countries have been barred from clearance on account of Afghan government’s directives due to coronavirus.

There has been a chockablock of forward transit containers at the customs bonded areas due to closure of border customs stations at Torkham and Chaman – the two border crossing points.