A Taliban suicide car bomber was killed before he could reach his target in the Imam Sahib district of Kunduz but an attack by the militants followed, where at least two security forces were killed and eight others were injured on Tuesday morning.

The Ministry of Defence (MoD) said in their official statement that a suicide attacker in an explosive-laden car, who wanted to hit an Afghan Border Force outpost, was identified and killed at around 7 a.m. on Tuesday. However, a group of Taliban engaged in a gunbattle with the Afghan Army afterwards and this resulted in some casualties.

The MoD did not mention any casualties but said some of the attackers were also killed while others fled. They said the situation was under control. 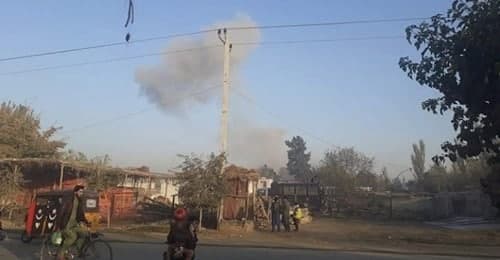 Safiullah Amiri, a member of the Kunduz Provincial Council, told Reporterly that the clashes continued till 11 a.m. and civilians were also killed, though their details are not available.

He said the casualties from the blast and the clashes were taken to the hospital.

Amiri said that the blast radius extended up to 4 kilometres and homes were also damaged nearby.

Presidential Palace spokesperson Sediq Sediqqi condemned the Taliban attack and said such suicide attacks were being carried out to harm the Afghan security forces and the citizens after the Taliban’s “humiliating defeats” in Helmand and Kandahar.