The incoming top U.S. military officer has warned America’s adversaries to “never underestimate our skill, our capability and our combat power.”

Army Gen. Mark Milley said the United States will remain the world’s “premier fighting force,” after he was formally sworn in as the next chairman of the Joint Chiefs of Staff at a ceremony overseen by U.S. President Donald Trump Monday. 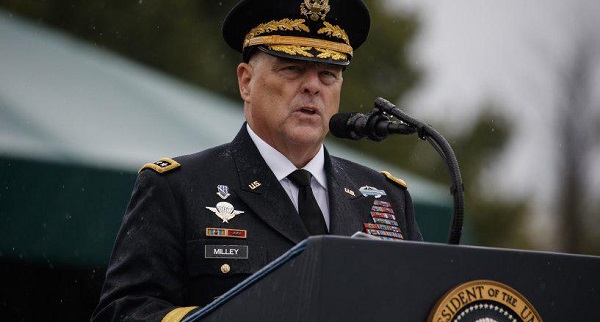 Milley, a Princeton and Columbia graduate with deployments to Iraq and Afghanistan, will officially become chairman Tuesday.

The current chair, Marine Gen. Joseph Dunford, served as the top military officer for four years and begins his retirement process after more than four decades of military service.

Milley takes the helm of the Joint Chiefs of Staff amid increased tensions with Iran and rising violence in Afghanistan.