Afghanistan’s representative to the UN, Adela Raz and Deputy Foreign Minister Idrees Zaman were also
in the meeting.

The UN Secretary General António Guterres has emphasized on the importance of the UN’s work in Afghanistan and expressed his strong commitment to Afghanistan for a lasting peace and stability. 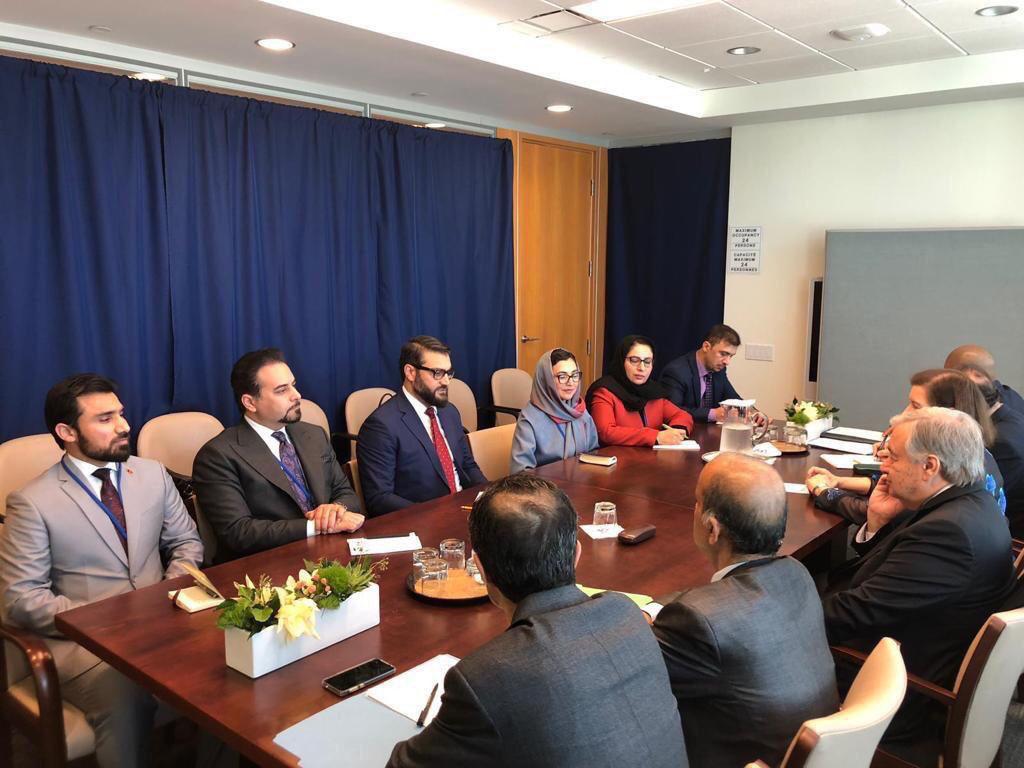 Mohib on Monday addressed the 74th session of the United Nations Assembly where he told the Assembly on Monday that his country remains committed to becoming a peaceful and stable democracy despite constant attacks from the Taliban.

During his visit to New York, NSA also had a conversation with UN Special Envoy to Haiti, Josette Sheeran at Asia Society NY. They discussed the situation in Afghanistan, the emergence of a new and vibrant Afghan generation, efforts on peace and the gains of the Afghan security forces in their fight against the Taliban & terrorism.