Nicolas Kay, the NATO senior civilian representative to Afghanistan in speaking with Afghan journalists and media representatives in London said that every party or group should accept the election results.

“Despite the treats many Afghans went out to cast votes on September 28 and now we are two months after the voting day. It is important that we see very soon a decision by the Independent Election Commission of Afghanistan on the preliminary results”, said Nicolas Kay a day before the NATO leaders meeting in London. 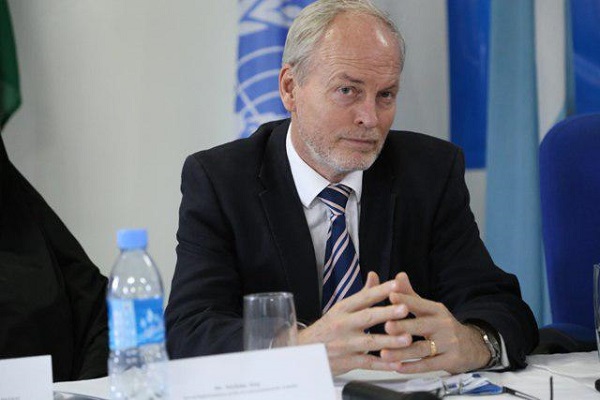 Nicolas Kay urged that proper communication should be established between the election commission and candidates and everyone should accept the IEC’s decision.

“The commission is following its rules and procedures to check and double check, to count and to recount and to audit the whole process, but that must come to an end quite soon and what I think is necessary is more communication between the candidates and the IEC so that the IEC can explain very carefully to the candidates exactly the basis for the decisions on what they are doing and how they are working and the candidates must listen very carefully and at the end after that when the IEC makes the announcement of the preliminary results candidates should respect those decisions”, he said.