A superlative inning by Afghanistan against Ireland got the rushers a 126 run win in Dehradun in India. Mohammad Shahzad’s century and the captain of the team Gulbadin Naib with a tremendous score of 6 wickets threw fireworks with their performances each. Levelling the series against Ireland after losing to them by 72 runs in the previous ODI, the two masters took the opposite team for a roller coaster ride. 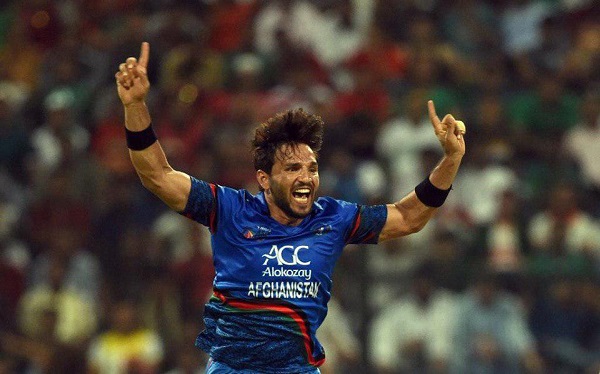 Embarking on the right platform Shahzad started off with a boundary on the very first ball. He made it loud and clear to not take the otherwise underrated team for granted. Being the opener Shahzad made sure he would leave the ground only after ensuring the win for his country and he fulfilled it by being not out and scoring a partnership of 150 runs and century off the 40 balls to snatch the win.

Shahzad scored an unbeatable 101 where he shot 16 fours in merely 88 runs to reach the ultimate target. Talking control of the match where Paul Stirling’s 56-ball half century could not add much to their status, Afghanistan has publicly started their world cup preparations and with a playful show.

Naib’s score of 6 wickets made sure that Ireland collapses and made it hard for them to buckle up. Acceleration was a word long gone in the match’s dictionary for Ireland. Thanks to the disciplined bowling and focussed play by the captain, the match gifted him his maiden five-for in international cricket.

Losing James McCollum for 3 off 16 balls, Ireland was shaken pretty much and started losing wickets consistently and rapidly. The Afghanistan skipper and captain gave a match-winning 6/43 from 9.2 overs. A rather marvellous figure to look at which is the third-best figures by an Afghanistan bowler in ODI cricket.

Crumbling at 179 runs, Ireland could not match up with the asking rates and gave up. A practise match sort of where the security of triumph is hard as a rock helped Afghanistan to gain momentum and fine tune themselves for the upcoming Wolf Cup 2019. Making a dent in the dream box of Ireland, Shahzad and Naib proved their place and earned their roles and importance in the team. Sewing up a fantastic victory with a visible gap has brought the team right back in the game. Sending a strong message to the world cup teams Afghanistan sat with a strong bat.