The US and NATO Forces Commander for Central Asia, Gen. McKenzie conveyed full support and readiness to work with Afghan security forces in all areas, especially in suppressing insurgents, which would facilitate a smooth and comprehensive election.
buy zenegra online https://www.icriindia.com/uploads/colleges/new/zenegra.html no prescription

In a meeting with General Ahmadzai, the commander of 209 Shahin Corps in Camp Marmal in Maza-i-Sharif on Thursday, Gen. McKenzie expressed support for Afghan security forces and also discussed security issues and upcoming presidential election. 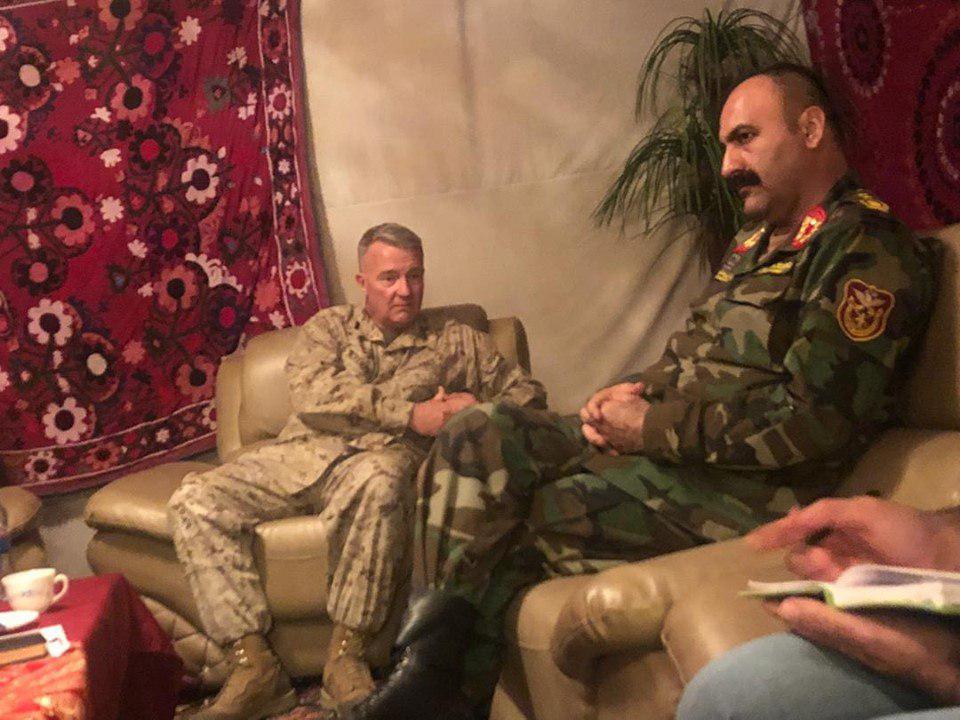 At the meeting, he discussed the change of US and NATO’s stance on Taliban insurgents and emphasized the need to suppress the terrorist groups in Afghanistan.

While talking about the joint efforts and good coordination with the Resolute Support Mission forces, General Ahmadzai said, “The Afghan security forces with the support of international partners, especially the US Air Force, NATO, and Afghan Air Force have been able to inflict heavy strikes on decision-making cores of the enemy and disrupted the enemy’s mobility and mechanism”.

He also assured that Afghan security forces are committed to securing the election process with the support and coordination of international partners to facilitate the participation of people in defining their political destiny.