Ministry of Interior (MoI) said that initial investigations show a planted bomb was responsible for the explosion that struck the convoy of First Vice President Amrullah Saleh in Kabul on Wednesday morning.

MoI spokesperson Tariq Arian said on Wednesday that investigations into the blast had begun and the cause was found to be a planted improvised explosive device (IED) and it was not a suicide attack.

The Taliban denied involvement in the attack, which comes ahead of the peace talks between the Afghan government and the militant group in Qatar. 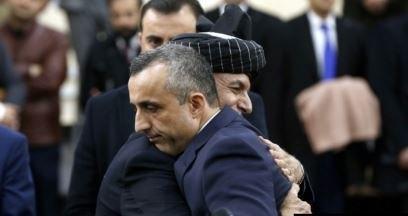 Saleh’s convoy was targeted by an IED around 7:30 a.m. in the Taimani area of Kabul, while he was on his way to work.

With his left hand bandaged, Saleh released a video statement, assuring the public he was fine and had only sustained minor injuries on his face and his left hand.

President Ashraf Ghani has condemned the “terrorist attack” that claimed the lives of at least 10 people and wounded 16, including Saleh’s bodyguards.

“By committing such crimes, terrorists and their foreign backers are against peace, democracy and a bright future for the country, which are the fundamental demands of our countrymen,” Ghani said.

“The strong faith of the people cannot be weakened and the fight of our security and defence forces against terrorists will continue in earnest and resolutely.” he added.

“This is an attack on the Republic, & desperate act by spoilers of peace efforts, who must be collectively confronted,” the European Union (EU) Delegation in Afghanistan said in a statement on Twitter.

Ghani has instructed a comprehensive assessment of the incident.