The 5th Afghanistan International Herat Women Film Festival opened on Monday night in Kabul with the passionate participation of filmmakers, artists and culturists from around the world. The festival will continue for four days.

Herat Women Film Festival is the first film festival with the theme of women. In its past four rounds, it featured around 1300 films from around the world.

The International Herat Women Film Festival was first held in 2012. This women festival is organised by the Arman-e Shahr foundation and Roya Film House at national and international levels.

The first round of this festival was held seven years ago in Herat province and the next two rounds were also held at the ancient fortress of Ekhtiyar Al-din (Arg) in the same province.

The fourth round, last year took place in Kabul. In addition to Kabul, the fourth round of selected films has been screened simultaneously in three provinces of Nangarhar, Bamyan and Herat. 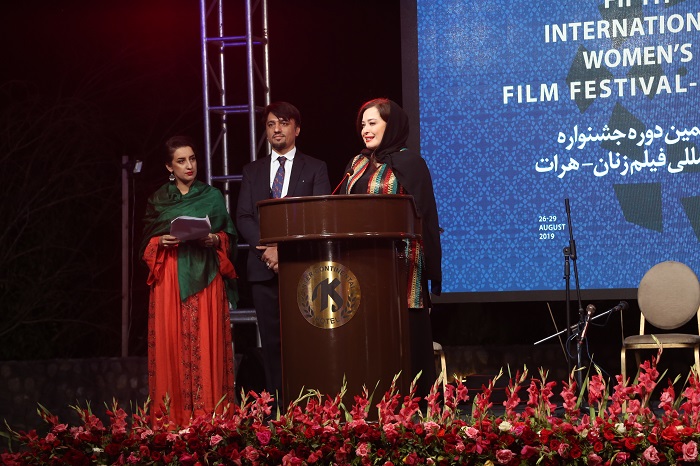 Herat Women Film Festival is the first film festival with the theme of women. In its past four rounds, it featured around 1300 films from around the world.

The fifth year of the festival opened at the Intercontinental Hotel in Kabul on Monday night. In addition to the presence of filmmakers and prominent cultural figures from across Afghanistan, the festival hosts guests from other countries too.

A total of 200 films from 33 countries (Afghanistan, India, Myanmar, Turkey, France, Egypt, Italy, United Kingdom, Belgium, Iran, Germany, etc.) have been submitted to the festival’s secretariat. The theme of these films revolves around women’s issues. Of the total films, only 47 films have made it to the main competition.

The jury which will judge these films, comprises of cinema practitioners and women’s rights activists from Afghanistan, India, Germany, Spain and Iran. 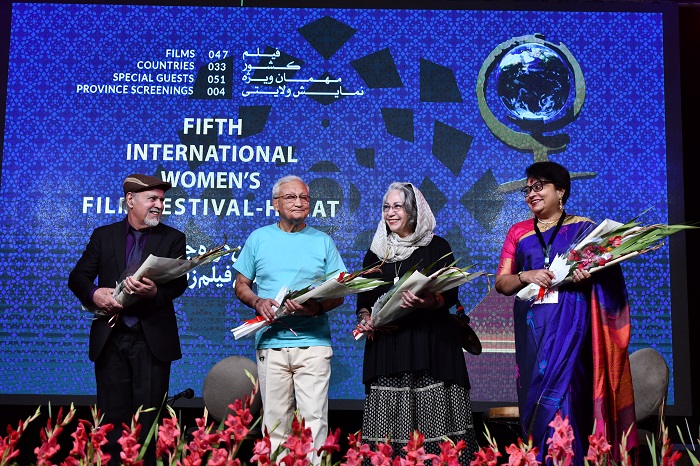 In addition to the presence of filmmakers and prominent cultural figures from across Afghanistan, the festival hosts guests from other countries too.

The jury team will award the statuettes and appreciation letters to the winning films. In addition to judging the films, there are other programs at the festival. The side programs include a roundtable with experts and civil society activists, a workshop and film training class with international professors, and cultural and educational events such as producing a short film on women’s rights.

“The Herat Women’s Film Festival seeks to establish a serious dialogue between elites and cultural figures on issues related to women’s cultural, political, social and economic rights. Our tool for working in this direction is a meaningful and committed cinema. In the heart of Asia, we have provided the ground for the elites of Afghanistan, the region and the world to come together and exchange their experiences to reach a brighter and fairer future for the world,” said Roya Sadat, CEO of Roya Film House and director of the 5th International Herat Women’s Film Festival during a press conference on Saturday. 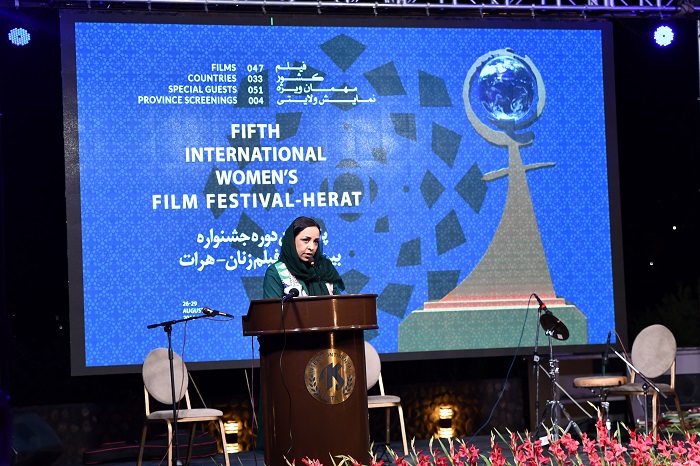 Roya Sadat is an Afghan director and filmmaker from Herat province in western Afghanistan. She is one of the first Afghan women in the profession filmmaking to address the issues of injustice, violence and restrictions against women in her films. After the fall of the Taliban, she turned to film and film art in 2001. She created “The Dream House of Roya” and helped create standard films by doing so.

In 2003, Ms. Sadat who was a student then made the film “Three Dots” which by won six awards, it was one of her most popular films. The film “A Letter to the President” is another of Roya Sadat’s films that has attracted widespread international attention.

Afghanistan introduces the film as the representative of Afghan Cinema at the 90th Academy Award for Best Foreign Language Film at the Academy of Motion Picture Arts and Sciences. On March 2, 2018, she received an “Oscar Alternative” award from the Dutch Foreign Ministry for directing the film. This comes as Roya Sadat’s name was on the “World Thinkers” list three months earlier.