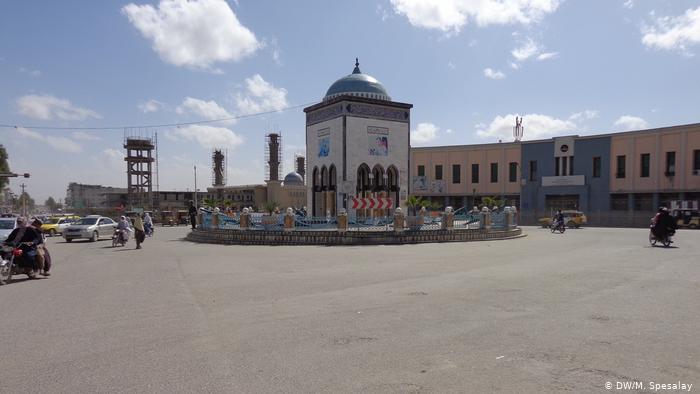 80% People Infected With COVID-19: How Did Kandahar Get Here?

Kandahar is one of the southern provinces of the country and home to Afghanistan’s second largest city which is also its capital. It also holds the dubious honour of being the third worst COVID-19 affected province in Afghanistan.

Kandahar governor’s spokesperson Ahmad Bahir Ahmadi said that at a press conference in the beginning of June, the province’s Public Health Department had announced that, more than 80% of their citizens have probably been infected by Coronavirus.

But officially, Of the 4,063 suspected Coronavirus samples tested in Kandahar’s laboratory, only about 31% have tested positive to date – 1,231 cases.

However, officials say the figures are multiple times higher as people have not been paying attention to quarantine measures and the health risks posed by the pandemic. Only 30% percent of the population have taken the health advisories seriously, while the rest have chosen to ignore it.

As a result, although the official death toll from COVID-19 in the province is low, with only 20 deaths so far, the unofficial casualties are higher.

Some say, at least two to three people have died in every alley in all districts of Kandahar.

People who are falling sick are also not getting tested and not seeking treatment.

There is an active COVID-19 diagnostic laboratory in Kandahar, which in addition to the citizens of the province also caters to Zabul, Nimroz, Helmand and Uruzgan. The lab’s testing capacity is 201 samples during the day, and they can get to 80 to 140 samples on an average.

So, what is driving this 80% infection rate?

The province of Kandahar went into lockdown towards the end of March, at the same time as Kabul and Logar province. Movement restrictions were imposed, and a complete quarantine was ordered by official decree.

But the people did not heed the government, Ahmadi tells Reporterly.

“We have undertaken many programs and plans, but unfortunately many of them did not pay any attention to these messages, and our current situation is mostly due to illiteracy and low level of public awareness, which is now reflected in the province’s statistics.”

Nasreen Barakzai, Director of the Kandahar Institute of Medical Sciences (KIHS), said the violation of stay at home measures was expected, especially during the holy month of Ramadan.

“The quarantine was announced by the government, but as expected, the people did not pay attention to it, and after Eid, all the people broke quarantine,” she added that police inactivity was also responsible. “Local media outlets have warned people about the dangers of Coronavirus and warned them to comply with quarantine, but they have not been subjected to severe crackdowns which would force the Kandahar residents to comply.”

About the security measures, the provincial governor’s spokesperson said, “Although we tried to strictly impose quarantine, the people did not cooperate with us at all. We do not have enough police and security forces to deploy them at every crossroads.”

The situation in Kandahar is further compounded due to insecurity, he explains, since the Taliban is active is large swathes on the province and all the security forces cannot be redirected.

“We are facing not only this threat but also the threat of an enemy attack, and we have to protect the people and the government facilities.”

However, Barakzai, who has worked in KIHS since 2004, attributed the violation of quarantine to the lack of trust in something they cannot see – the virus, along with poor economic conditions and the peculiar character of the people of Kandahar who love to socialise and party under any circumstances.

She added that although hotels and restaurants were closed during the lockdowns, weddings were held at homes and parties and gatherings continues to take place.

The lockdowns in Kandahar were in four stages, with the first being a daily curfew, the second was a complete stay at home and restrictions at night. The third stage was setting special hours during which the curfew would be lifted and the fourth phase, allowed businessmen and guilds to restart their economic activities.

While unofficial accounts say most citizens of Kandahar are infected with COVID-19, many are still reluctant to go to the special hospital which is located in Aino Mena area.

The newly established 350-bed hospital is known to have only 50 of its beds active till date.

“There are a lot of people who are suspected of having contracted Coronavirus but the number of patients going to the hospital is very low because the majority do not believe in public health services and prefer to stay at home,” said Dr. Barakzai.

“People prefer to stay at home to go to the hospital because there is no care for Coronavirus patients,” Zarghona Kakar, a member of Kandahar’s provincial council, told Reporterly.

She explains that people stay at home “without any consent” from medical professionals because “no one is satisfied” with the hospital’s services.

Mohammad Ashraf Naderi, the head of Kandahar’s Public Health Department, told Reporterly, this was not true and called the accusations of poor services “fabrications.”

“We have good facilities, tests are done normally, and we continue to get patients,” he said. “Our [logistical] problems have been solved with the World Bank funding.”

The governor’s spokesperson, Ahmadi, also stressed that the province has set up two committees to combat COVID-19 – the Procurement and Supervision Committee and the Oversight Committee, with Kandahar’s deputy governor in charge.

All the logistical issues and facilities are managed by the Procurement Committee, and the financial problems are solved in consultation with the Oversight Committee.

“The governor of the province has visited the hospital several times on different days [to inspect], and we are trying day by day to reduce the shortcomings,” he said.

The people of Kandahar are not taking the virus seriously, rued a recovered COVID-19 patient. The negative publicity of the hospital on social media has also made people wary to seek medical help.

“But we will do our best to make sure everything goes according to plan, because we have oxygen for the patients, the patients are fed according to the plan, and the doctors do the examinations of the people who are hospitalized in this hospital,” said Ahmadi.

Officials say the hospital has separate wards for men and women, as well as suspected and confirmed cases.