With the collapse of the Taliban regime in 2001, a new chapter opened for the people of Afghanistan. An end to a dark era and a beginning to a bright one. The people along with other priorities, sought to open the doors of schools to their children who had been deprived of education for many years.

Looking at this great opportunity, Haji Muhammad Khan, a tribal elder in Maruf district of Kandahar, established a school in his area with a belief in a future that education could give to children. Although the school was not initially welcomed by the people,  through teaching few students in a tent the founder tried to keep the name of the school alive.

As the years rolled on, the number of students in the school increased. The motivated students of the school were promoted to the fourth and fifth grade. When Taliban reached  Maruf district of Kandahar, they burnt the school that had opened up a window of hope for dozens of Afghan children. When the school was burnt the hope of its students also faded away just like the smoke that goes up in sky.

“Matiullah Wesa”, son of Haji Muhammad Khan, says that back then he was in fourth grade of the school that the Taliban came and burnt. “I remember that event vividly and how the burning of our school brought us to tears as we went home and that day my father was not in the village,” he said.

According to Matiullah, when his father returned home, he became very upset to learn that the school was burnt. The school was a place that could give children new skills and knowledge necessary to succeed in life. After that, his father gathered people and told them that “this school belonged to neither the government nor to Americans, it was people’s school.”

This tribal elder told the people that he wanted to fight the Taliban, but the close proximity of the Maruf district to Pakistan and the influence of Taliban in the area caused the people to not let him do that. Once the school shut down, the children of Haji Muhammad including children of six villages of Maruf district of Kandahar province, were deprived of school. 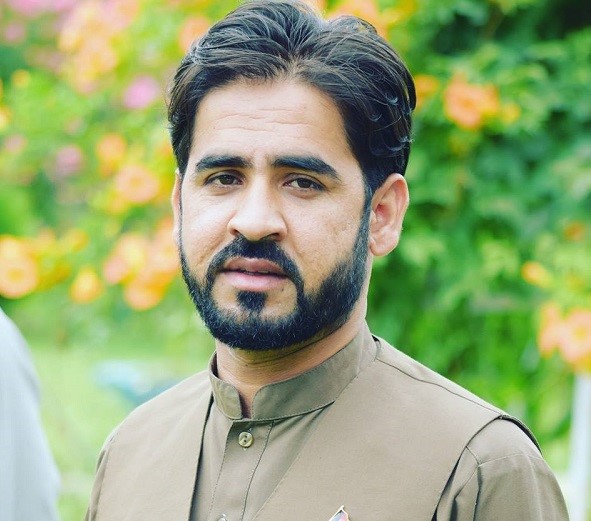 The Taliban warned Haji Muhammad Khan that they will kill him if he re-establishes the school. This tribal elder was forced to move overnight to another district of Kandahar province due to Taliban threats, leaving his land and ancestral property behind.

Matiullah Wesa and Attaullah, sons of Haji Mohammad Khan, while studying in Kabul, organized a student meeting to find a way to reopen the gates of schools in their area in Kandahar province. This student meeting was organized 5 years after the school established by his father in Maruf district was burnt down.

Matiullah said, “In 2009 when I was studying at Rahman Baba’s school in Kabul, my elder brother Attaullah Wesa, was pursuing his higher education at Kabul University. At that time in a meeting between students of my area, “I raised the issue of school closure in our area and suggested that this situation should not continue and we have to do something in this area.”

Matiullah and Attaullah decided to reopen their village school. They contacted their father to inform him about their decision and what they aspired to do. Their decision was warmly welcomed by their father and he promised that he would prepare any kind of financial assistance they needed for this work.

The journey of Matiullah and Attaullah started there to bring light to their villages and throughout Afghanistan. Their father was an elder of the tribe who had plenty of land and prosperity. They were able to work with confidence through utilization of strong financial support of their father.

At the beginning of the journey Matiullah and his brother were able to reopen schools in 3 districts in Kandahar, and therefore they also launched campaigns to open other schools.

They formed a team from their homes to bring light to their villages and districts under the name of “Pen-Path” which included brothers and sisters, with financial support from the father. In the first step, they launched a survey to determine how many schools were there and in which provinces of Afghanistan were they closed.

Matiullah Wesa and Attaullah , sons of Haji Mohammad Khan, while they were studying in Kabul, organized a student meeting to find a way to reopen the gates of schools in their area in Kandahar province

They were able to research 11 provinces and find the reasons for the closure of schools. Following his research, Matiullah and his team held a news conference with the presence of President Hamid Karzai and the then minister of education Farooq Wardak where they shared their findings.

Mr. Wesa says that in the past nine years, and through travelling to 33 provinces of Afghanistan, they have been able to open 89 schools in 15 provinces for the students with the help of elders and residents of the areas and provinces. Most of these schools have been opened in Kandahar, Helmand and Ghazni provinces.

“From the beginning of our journey up until now, we have been able to bring and enroll 40,000 of those deprived of education  to schools and help them believe in a future that education can give them,” said Mr. Wesa, “We currently have about 1,500 volunteers who work in this area in 34 provinces in Afghanistan.”

“The reason for the opposition and lack of cooperation of the ministry of education was that, the data regarding the closed schools leak and become a big scandal,” Matiullah said. “Salaries and facilities were used for schools that did not have external existence, and the ministry of education feared that such a scandal shall not be disclosed. Such schools still existed”, He said.

According to Mr. Wesa, corruption is widespread in local government institutions. He emphasizes that through trips in different provinces he has found that in most districts, the money that comes from the government for education is directly divided between senior officials. 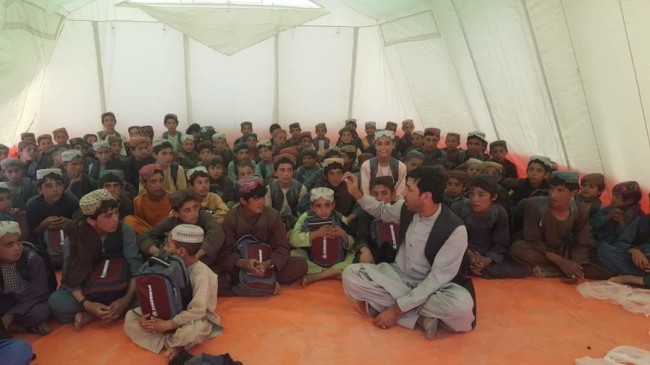 Mr. Wesa says that in the past 9 years through travelling to 33 provinces of Afghanistan, they have been able to open 89 schools in 15 provinces for the students with the help of elders and residents of the areas and provinces

Matiullah and his colleagues are working in such a way that they travel in different provinces and ask the reasons behind the closure of schools from the people of the provinces. They negotiate between the people and Taliban and get the agreement of the group for reopening of schools by telling them that the schools aren’t related to government and foreign forces, but to people themselves. They get the commitment of Taliban to no longer mar their schools and commitment of people to send their children to school.

Matiullah says that in recent years, the Taliban have stated that they no longer have problem with schools and people can continue their studies but the current challenge is corruption in the ministry of education which has disrupted the process.

“For students living in insecure areas where there is no educational opportunity or orphan and poor students who cannot go to school due to financial problems, they provide educational opportunities in Kabul,”said Mr. Wesa. “We decided to gather such students from all over Afghanistan and provide them with the opportunity to study in Kabul and other provinces”, he said “and this way we have already covered more than 3,500 students”.

According to Mr. Wesa, in this field he has never sought support from any government or foreign organizations. All these works were initiated with his father’s money and the facilities that people gave him.

Mr. Wesa narrates: “Foreign organizations, including UNICEF, have several times wanted to help me but my goal is different. If I get help from foreign institutions, people will doubt my purpose and the good I do. I have never received any cash from the businessmen and charitable organizations in this section. Instead I asked them to provide facilities such as books and stationary because if it comes to receiving money then corruption is certain.” 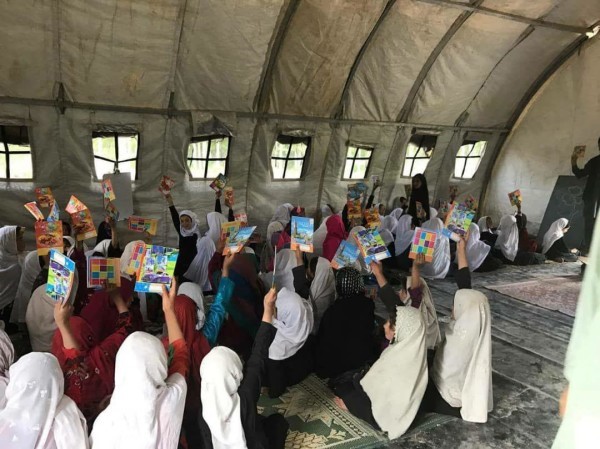 Mr. Wesa and his colleagues created home-based and local schools for girls in insecure areas

The survey, conducted by Mr. Wesa and his colleagues, indicates that students in the provinces like the central Afghanistan, have the least educational facilities. He says that he has travelled in more than 20 districts of Daikundi, Bamyan, Ghor and other central provinces and is sad to say that due to the lack of adequate personnel and lack of classroom facilities, students face major challenges.

The Pen-Path team also provide scholarship opportunities at the private universities of Afghanistan for those students who couldn’t pass Kankur (university entrance exam) and cannot pursue their studies due to financial problems. Mr. Wesa says that, currently 140 students are pursuing their higher education through these scholarships.

This amazing work of Pen-Path team had a great reflection. After this, the group launched a book collection campaign in social media networks and managed to collect more than 160000 books on different  subjects and areas of studies.

After collecting these books, they took the initiative to establish library in the provinces that people demanded. So far, the Pen-Path team has been able to create 28 libraries in different provinces of Afghanistan and provincial universities, including Badakhshan and Bamyan universities.

“Our libraries are usually divided in three parts: children’s literature, academic and general books,” Mr. Wesa said. “We are determined to create a library in all districts of Afghanistan and a book collection campaign is already going on.”