Afghans have lived a life influenced and shattered by violence. However, not many of us have had the opportunity to experience how life without war and insecurity would look like. Notwithstanding the challenges, people have harbored the hope to witness peace and better days in the country and some have led journeys to neighboring countries as well as Europe in the past few decades due to war, and also to live a life away from conflict.

A number of these young people and families have endured difficult moments and paths that only they can tell. In the face of all that, they did not give up because they were equipped with the hope that the journey abroad might offer opportunities that take away the hardships and bring some happy moments. Some may have never come across those breaks, yet others tried to create opportunities themselves and also seize the opportunities. 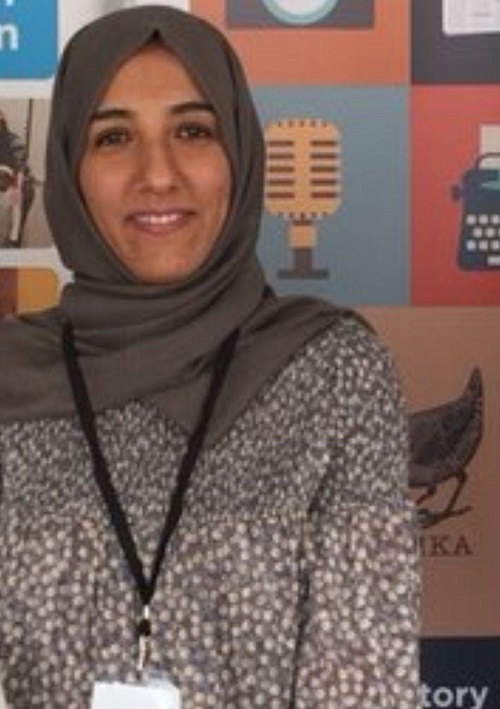 Like many other Afghans who take the initiative to begin their chosen profession and journey in Arts, Cinema and Writing while in immigration, Mahdia Hussaini and her friends who live in Greece, also took small but enduring steps in the field and have done some wonderful work.

Mahdia is an Afghan girl who started a publication with 15 other like-minded Afghan girls with the support of Children’s Rights Communication Office and a Greek journalist.

The Inspiring Lady Who Was Born in Immigration

Ms Hussaini was born in Tehran, the capital city of Iran and had grown up in the country. Despite the circumstances and restrictions posed on Afghan immigrants living in Iran, she managed to pursue and earn a degree in Persian Literature. She loves writing and has penned down her memories from the first day she left Iran for Turkey. She records her daily events and plans that after five years she will compile them into a book out for her collection and memoir. 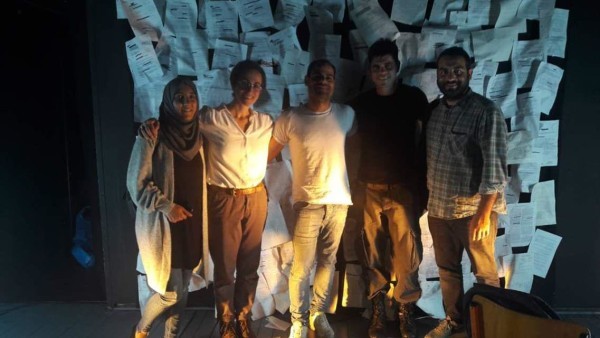 Ms Hussaini was born in Tehran, the capital city of Iran and had grown up in the country

Her journey and the story of her famous publication started when she decided to travel to Europe. Mahdia had merely heard the name of Greece and read about it from history books. In order to get in European countries, she, like other Afghans had to first get to Turkey from Iran and then to Greece.

When she reached Greece, the borders leading to other European countries which is the ultimate destination of the refugees were closed, therefore, she had to stay in immigration camps in Greece.

Speaking to Reporterly, Ms Hussaini said that: “The immigrants come to Greece from where they get in the European countries. The same is true in my case too as my family and I reached Greece to take the journey forward to Europe. But by the time we got there, unfortunately the borders were closed; hence we had no choice but to stay in Camp.”

“We have been in Athens for almost two years now, and my father and my three sisters have gone to Germany and we are waiting for our case,” she said.

They had spent five months in the camp and Mahdia was busy with learning photography. On one of those days, a group of journalists came to the camp and interviewed the people; but Ms Hussaini recalled that nobody wanted to talk to them. This matter triggered questions in her mind, the very questions which led to the initiation of a newspaper publication. 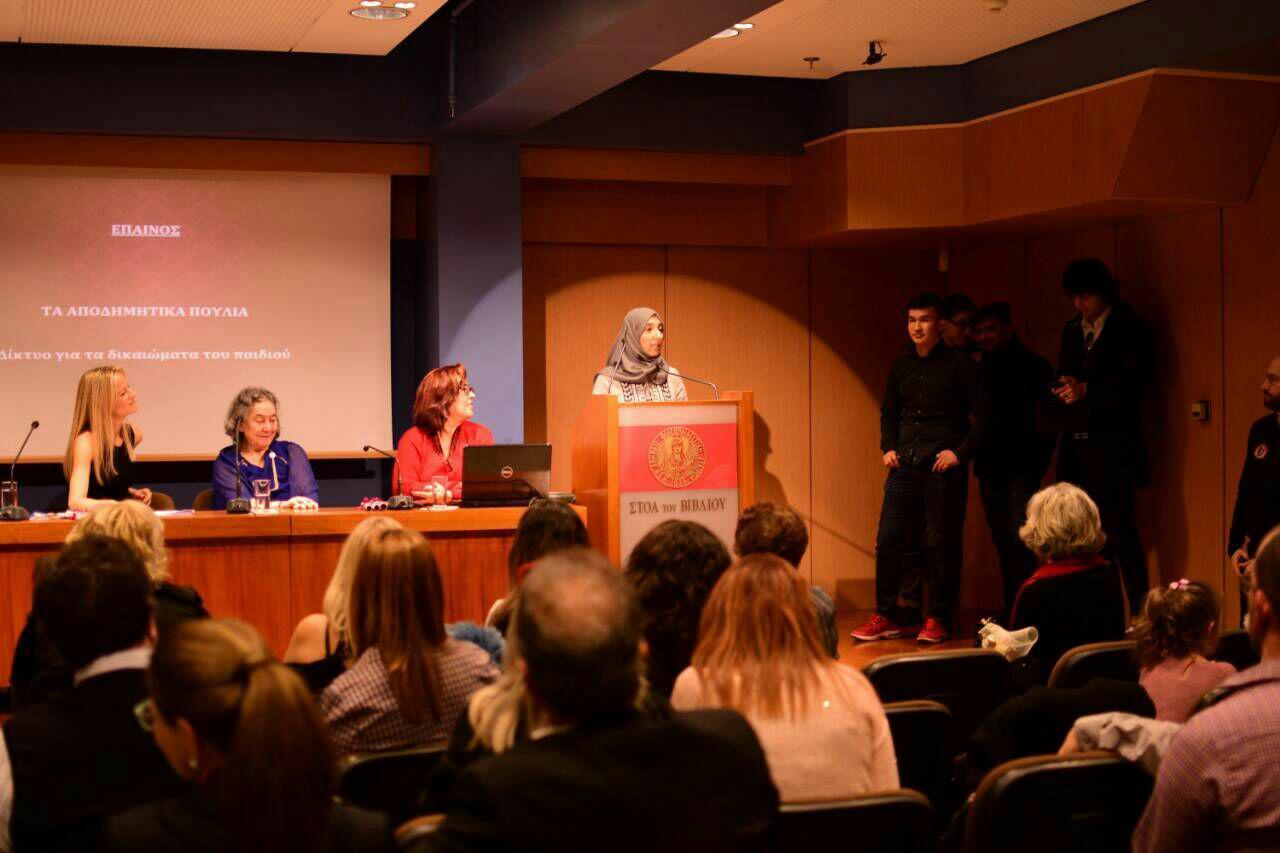 It was in August 2016 when Ms Hussaini and her friends were busy in the garden. While observing the reactions of people to the journalists’ questions, they grew curious and were eager to know the motives.

Ms Hussaini explained: “when we learnt the reasons of ignoring the interview, we were taken aback because the people said that the journalists merely cover the positive aspects of the camp in their interviews. It is as if there is no problem at camp to be mirrored like the positive side of it. This was the incentive that led me to start the publication in the camp”.

The aspiration of these 15 Afghan girls who were working together was to reflect and spread the voice of immigrants out of the camp and also in the Greek society. This plan also inspired a Greek journalist Aristea Protonotariou, to be part of the journey. They joined hands to start the work and also encouraged the Network for Children’s Right to support them.

When this Greek journalist learned about our motivation for starting this publication, she contributed to the team and in many cases, she supported this team of immigrant girls.

Since the commencement of publication, about 100 immigrants from Afghanistan, Iran, Iraq and Pakistan have contributed to it as writers and other related work.  Changes start from one person and when pursued become a journey, a school and an idea. When Mahdia Hussain started the work, there were only 15 Afghan girls but eventually it grew wider and will do as years roll on.

“The issues published in this newspaper reflect the feelings of immigrants, Muslim women and Afghans and also mirror daily life situation in Afghanistan, the reason for their migration and the recounting of the facts of life inside the camp,” said Ms Hussaini. 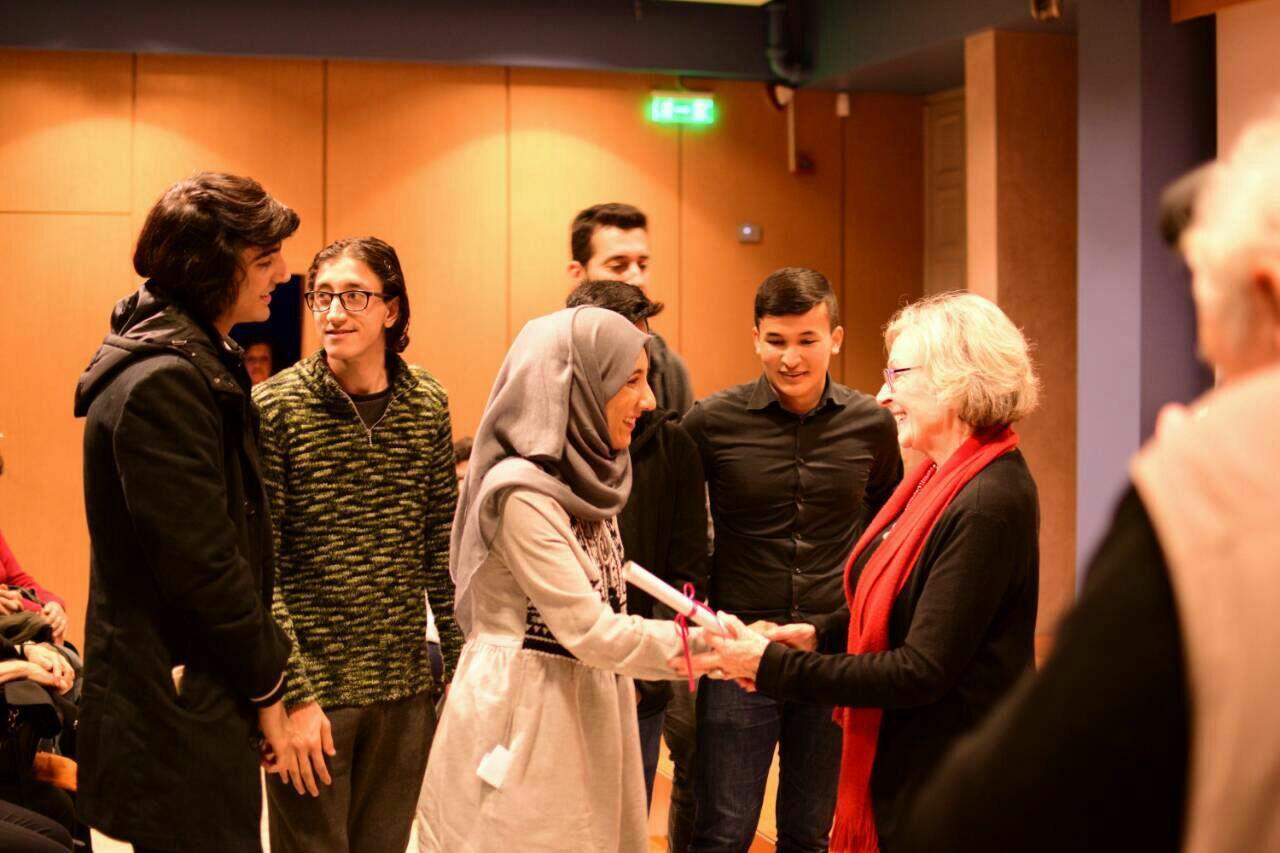 Ms Hussaini, who is the editor-in-chief of the publication further added that: “When Europe broadcasted in its news that, it faces an adversity in receiving immigrants, the European people wondered that perhaps terrorists like ISIS and Taliban came to these countries. It was then that we started writing about our emotions, the reasons of immigration saying that we are also human who have feelings and seek to have freedom, tranquility and peace and therefore come to these countries.

The paper has been broadly welcomed because it is published as an annex to a Greek newspaper. Now, this publication has changed to one of the news sources websites that has gained many achievements. This publication has appeared in 14th and 15th book exhibition in Thessaloniki city of Greece and the latest prize they have gained was awarded by the Greek Women’s Association.

The Support of International Organizations

The freshly initiated paper of Afghan girls in the camp started with financial support and coordination of a Greek journalist. Subsequently, the network for children’s rights also joined the supporters of the newspaper and rendered financial aid to them.

But since then, UNICEF, Luxemburg Stiftung-office in Greece, UNHCR and the German Ministry of Economy have rendered financial support to the paper.

The paper “Migratory Birds” did not come into existence in a blink of eye or without much labor. Ms Hussaini and her friends dealt with a great amount of challenges to make the work happen as well as promote it.

“The sad part was the fact that, we were a group of Afghan girls with whom the men in the camp did not agree with, instead of giving their support and encouragement, they mocked and humiliated us,” she said.

“The journey of the newspaper started with a meeting held in a garden. After 8 months the first issue of newspaper was published and with that, we saw the fruits of our work and the fact that we had come much far since the first meeting,” Ms Hussaini recalled.

Mindset and conditions change, we can’t change what we are unaware of, once we are aware, we can’t help but to change. When the first issue of the paper was released, the inspiring group of girls saw a different outlook of the men who firstly did not see eye to eye with their work. These gentlemen volunteered to support them and stand along with them as they wanted to dive deeper through the journey.

“We had organized a party to mark the start of our work, and the best response to us (girls) was the feeling of pride Afghans felt in the camp,” Ms Hussaini said as she recalled the first steps of the long journey.

Of the group of 15 girls who initiated the publication, only 3 of them are still in Athens. Ms Hussaini said: “the people who did not have experience in journalism but were enthusiastic about writing got the opportunities to be involved and as the work expanded, there were journalist courses and Radio “Qasidak” also launched shortly after which could help everyone work in areas they were interested in.”

The Dream of a Stunning Future

Ms Hussaini passionately looks forward to joining her family in Germany. She says that she has utilized all the opportunities immigration had to offer.

In addition to writing, she likes theatre and participates in some performances in Athens. Ms Hussaini is passionate to always contribute to this publication and besides writing her memoir, she aspires to study in the field of arts.

The journey to Greek and Camp life brought a profound shift in her life. She harnessed her hidden potentials and did an unprecedented work in a place where people struggle with challenges of daily life, harboring hope to make through the tough days to reach their final destination of journey.