Abu Dhabi Dialogue: Is Afghan Peace Round the Corner?

The second day of talks between US officials and the Afghan Taliban group continued on Tuesday, December 18 with a focus on the future of foreign forces in Afghanistan and the prospect of a six-month ceasefire.

Taliban officials who did not want to be named, told Reuters that the American delegation is pressing the Taliban for a six-month cease-fire and an agreement to identify a Taliban’s representative for the future government.

However, the Taliban have declared in a statement that the group’s representatives met with the United States on Tuesday for a second day in the United Arab Emirates on the Afghan peace process.

The Taliban group had previously announced that that representatives of the group met with high-ranking representatives of Pakistan, Saudi Arabia and the United Arab Emirates on Monday. The group’s statement reads that the meeting focused on the pullout of US troops and their allies from Afghanistan.

The Taliban representatives met with Zalmay Khalilzad, the US Special Representative for Afghanistan Reconciliation, at the end of Monday, and said that the meetings would continue for the second day on Tuesday December 18.

The US embassy in Kabul stated that the Abu Dhabi meeting is part of the efforts of the United States and other international partners to support Afghan peace. 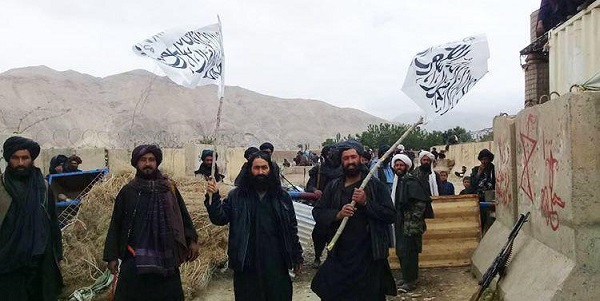 “The meetings in Abu Dhabi are a part of efforts by the United States and other international partners to promote an intra-Afghan dialogue aimed at ending the conflict in Afghanistan” said a US embassy spokesperson to Reporterly.

This is the third meeting of US and Taliban representatives since the appointment of Zalmay Khalilzad as the US State Department’s Special Representative for Afghanistan Reconcilition.

The Taliban statement did not clarify further on the meeting of the group’s delegation with representatives of the United States, Saudi Arabia, UAE and Pakistan.

But Pakistani media quoting sources in the Taliban group have reported that the United States has called on the Taliban group at a meeting in Abu Dhabi on Monday to agree on a ceasefire of six months and to take part in the structure of an interim government.

On the other hand, the presidential palace ARG announced on Tuesday that “The Afghan negotiating team led by chief negotiator Abdul Salam Rahimi, arrived in Abu Dhabi to begin proximity dialogue with the Taliban delegation and to prepare for a face-to-face meeting between the two sides.”

“The chief negotiator met with the US special envoy Zalmay Khalilzad and will meet the UAE and KSA teams this week,” said the ARG statement.

According to reports from the new round of US-Taliban talks in Abu Dhabi, the Taliban have put up with a condition for accepting a ceasefire-that the Afghan government should be handed over to who the Taliban name.

“If these three countries – Saudi Arabia, UAE and Pakistan – become guarantors and the US appoints the head of a caretaker government in Afghanistan that we nominate, then we can think about a ceasefire,” one senior Taliban official told Reuters.

The officials remark that the Taliban, fighting to drive foreign forces from Afghanistan and bring in their version of strict Islamic law, were resisting a ceasefire as they felt it would damage their cause and help US and Afghan forces.

According to reports from the new round of US-Taliban talks in Abu Dhabi, the Taliban have put up with a condition for accepting a ceasefire-that the Afghan government should be handed over to who the Taliban name

Taliban rejected any meeting with Afghan officials but the Afghan government confirmed on Tuesday that it has sent a 12-member delegation to the United Arab Emirates and expects the group to attend a meeting between Taliban and US delegates.

Afghanistan’s National Security Advisor Hamdullah Mohib also tweeted on Monday that they have talked about a direct engagement of Afghan Govt with Taliban for intra-Afghan dialogue.

” Thanks to the UAE for hosting the 4th round of quadrilateral meetings on Sunday between Afghanistan, UAE, KSA and USA. We discussed President Ashraf Ghani’s road map for peace presented at Geneva and direct engagement of Afghan Govt with Taliban for intra-Afghan dialogue, ” said Hamdullah Moheb on his twitter.

Thanks to the UAE for hosting the 4th round of quadrilateral meetings on Sunday between #Afghanistan, #UAE, #KSA and #USA. We discussed President @ashrafghani’s road map for peace presented at Geneva and direct engagement of Afghan Govt with Taliban for intra-Afghan dialogue

The Taliban in statement rejected the claims of any talks with the negotiating delegation of the Afghan government and insisted that they had no plan to meet with this delegation.

Role of International Partners & Shift in the Venue of Talks

Western diplomats believe that the shift in talks from Doha to the UAE is due to UAE’s efforts to engage Saudi Arabia in these talks, as the relations between Saudi Arabia and Qatar are already hostile at the moment. But Saudi-Pakistani relations are improving, as in recent months, Saudi Arabia has allocated $ 6 billion rescue package to Pakistan.

Saudi support seems promising for Islamabad when the economic situation in Pakistan is in shambles.Senior Taliban members in Afghanistan have said that the talks will continue for three days. Sources  close to the Taliban also told Reuters that Taliban political office in Qatar will be present at the talks.

However, Pakistani officials also emphasize that they will take the necessary steps to end the three decades of war in Afghanistan.

“Pakistan has helped in the dialogue between Taliban and the US in Abu Dhabi. Let us pray that this leads to peace and ends almost three decades of suffering of the brave Afghan people. Pakistan will be doing everything within its power to further the peace process”, Prime Minister Imran Khan wrote on his Twitter page. However Khan has been criticised for taking undue credit for mediating talks between US and Taliban.

Pakistan has helped in the dialogue between Taliban and the US in Abu Dhabi. Let us pray that this leads to peace and ends almost three decades of suffering of the brave Afghan people. Pakistan will be doing everything within its power to further the peace process.

” The possibility of a negotiated end to the conflict in Afghanistan has never been more real in the past 17 years than it is now,” said Tadamichi Yamamoto, who presented his quarterly report on development in Afghanistan to members of the Security Council.

The Benefit for Pakistan
A number of experts emphasize that Pakistan will benefit most from the peace process. According to them, the Taliban are more of Pakistani-controlled group, and when they are included in the Afghan government, Pakistan can use them as a fifth column.

“Pakistan’s specific strategy towards Afghanistan in the short run is the “Milking Strategy” and in the long run, occupying Afghanistan and forming the “Afpak” Confederation” says Aziz Arianfar, an expert on political issues.

Although the United States is trying to control the Kabul government through Pashtun nationalist and keep Islamabad-affiliated groups, including the Taliban and Hizb-i-Islami on the sidelines of the government and give them a second-rate role, Pakistan has made a shortcut to it, which is to carry out its main project through maneuvering with the Taliban, according to Arianfar.

On the second day of peace talks in Abu Dhabi, it is said that the Taliban insisted on their position that they would not negotiate with ARG, unless ARG gives up on its position. 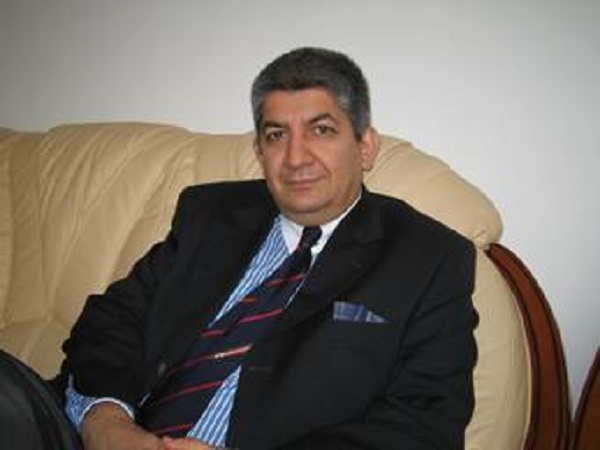 According to the experts, it would be difficult for the political leadership of the Taliban to persuade their military commanders in having an active role in the battle of Afghanistan so as to reach a political settlement that is not representing a “defeat” for them. This is because these commanders dominate power, resources and arms, while political leaders are outside the Afghanistan and more in Pakistan and Qatar, and now in United Arab Emirates and have a calm and peaceful life.

Hence, the Taliban has so far failed to step back from its position which is the rejection of the legitimacy of the government and US pullout from Afghanistan.

The main issue at the meeting seems to be to establish a basis for a direct Taliban dialogue with the Afghan government, which is called “proximity dialogue with the Taliban” by the Afghan Presidential Palace. If the Taliban give in to this request from the United States and partners of Afghanistan, the blind spot of the Afghan peace process could be opened.