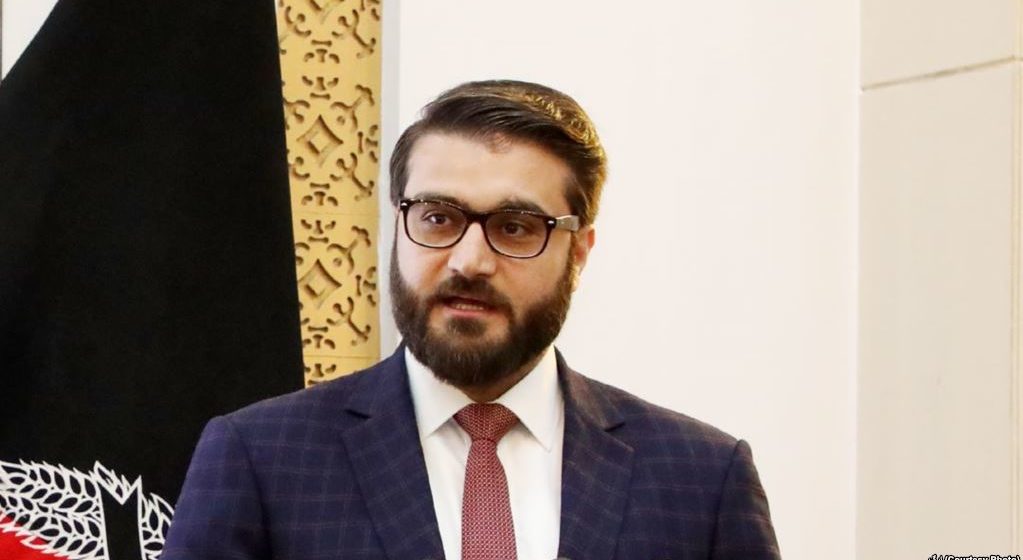 On March 11, 2019 Afghan National Security Advisor Hamdullah Mohib appeared before the UN Security Council to brief the member states on Afghanistan issues and situation. Following are key points from his speech that summarize key issues that are in focus of Kabul.

“As we approach the extension of UNAMA’s mandate this week, I would like to acknowledge the UN’s strategic engagement and support for Afghanistan’s stability. The UN has a supportive role to play in working with the Afghan government and people to bring peace.”

“First of all, Afghanistan has undergone an era of social transformation — 75% of our population are under the age of 35, have grown up in a democracy, and have a different set of expectations and principles than their parents and grandparents’ generations. Our generation was born in war, and grew up in conflict or exile. We yearn for peace, and wish for peace to complement what we have built over the past 18 years – not reverse it. We must safeguard our future.”

“We have also experienced the transformation of our female citizens from victims of institutionalized discrimination under the Taliban regime, to active, empowered, engaged contributors to all spheres of society and politics. Women also collectively play a vital role in our economic growth and national security. I would like to congratulate my colleague Ambassador Adela Raz for presenting her credentials last week to Secretary General Guterres and becoming the first Afghan women to hold this post. Ambassador Raz, as a child, studied in a secret school during the Taliban regime—she symbolizes the transformation women and girls have fought to achieve over the past 18 years.”

Peace not Any Cost

“Peace is imperative and needed urgently, but not at any cost. The Constitution must be respected, as well as the democratic state and elected government it constitutes. The process must be inclusive and representative of the new Afghanistan, not a deal made between elites. If peace is going to belong to and be maintained by Afghans, it must ultimately be owned by Afghans themselves.”

“The Afghan government and the Afghan people have made commitments to peace. Now it is up to the Taliban to prove their commitment. They have so far failed to seize opportunities for peace. Yet we stand ready to engage in direct talks. If the Taliban genuinely want peace, they should demonstrate it through positive deeds, not by continued attacks against innocent people and our security forces.”

“It is the government’s responsibility to match our people’s trust in their democracy with reforms that uphold, strengthen and protect our democratic systems. After mismanagement, poor administration and organization were exposed during our parliamentary elections, we have been working to add further credibility and transparency to the process. After the Cabinet approved amendments to the electoral law, an unprecedented initiative took place two weeks ago—current presidential candidates came together to elect new commissioners of both the Independent Election Commission and the Independent Election Complaints Commission. I will add that, in another first for our country, both newly elected commission heads are women, elected by their predominately male colleagues.”

“While fighting a war on several battlefields and with a shortage of needed equipment and capabilities, the government implemented a complete overhaul of the security sector, which allowed for much-needed generational change in leadership.  I was honored to witness the promotion of one of those new, young leaders on Armed Forces Day at the Ministry of Defense — Ms. Mursal Afshar was promoted from First Lt. to Captain rank. I was impressed with her professionalism, dedication, and patriotism, and I feel emboldened to know that we have young soldiers like Captain Afshar fighting this war, for Afghanistan and for the world.”

“Only a zero tolerance approach, based on genuine and sincere cooperation by all states, is key to success.  Strict enforcement of Security Council sanctions measures contained in its resolutions 1988 and 1267 should no longer be compromised. Any failure in this regard translates to a failure of the Security Council’s response to combating terrorist and extremist groups effectively, and also renders these groups capable of continuing their destructive activities.”