Herat Governor Seyyed Abdul Wahid Qatali told a news conference on Saturday that nearly 280 patients wo had Coronavirus had died in the province within the last week without even seeing the insides of a health centre.

The surprising fact is the province’s official death toll due to COVID-19 is only 89 with a total of 4,304 confirmed COVID-19 cases.

Moreover, in the last three days, the province has not reported a single positive case.

Why? Because their sole laboratory which tested the patient’s samples has run out of kits

Myriad reasons for no lockdown

Herat was the first province to report a COVID-19 case. Essentially, the centre of the pandemic in Afghanistan.

And now it is in dire straits.

Once the quarantine and daily curfew were eased in Herat, cases multiplied quickly as people started moving around the city, with or without flouting the preventive restrictions.

Some activists and members of the provincial council believe that more than half of Herat’s residents have been infected by the virus.

In response, the Herati governor has been unable to reimpose stricter quarantine measures to check the movement of people in the city.

The governor’s spokesman, Jilani Farhad, told Reporterly, “The situation in Herat province is different from other provinces.”

He explains: “Quarantine in Herat also means stagnating Afghanistan’s economy, especially with our two common trade borders [with Iran and Turkmenistan], from which hundreds of tons of cargo is exported daily. Herat is an industrial town. In the last two months of quarantine, there have been problems for businessmen.”

Farhad indicated that the province had to think of alternatives other than movement restrictions. “Now that Coronavirus is on the rise, we need to look at health advisories [that can be done] in homes and neighbourhoods to keep up with the challenges ahead [and not lockdown].”

Hamid Shirzad, a Herati civil activist, have a different reason for not reinforcing the quarantine. “The main reason was that people did not comply.”

“Although the government did its best to quarantine, the citizens did not have the capacity to stay at home due to the economic situation of the families,” he said as the main reason for the failure.

“During the quarantine period, the citizens of Herat were faced with a shortage of food. Shopkeepers, peddlers, and a number of day laborers faced poor economic conditions, which led them to break the quarantine and go to work.”

The number of cases in the province started rising rapidly in May during the month of Ramadan with the numbers increasing drastically since Eid Al Fitr.

“The number of people suffering from the disease is declining as the number of recovered people increase,” he said. “It is now the peak of the disease and more than half of Herat’s population suffers from it. Although they have a large number of cases, the rate of recovery is higher.”

The struggle of testing facilities

For the past three days, the sole Coronavirus testing laboratory in Herat has stopped working. Hospitals in the province do not have enough equipment to diagnose and treat patients.

Last week the province also reported that at least 570 doctors and health workers had been infected, worsening the situation.

People in the province told Reporterly that the influx of new cases have led to two dedicated Coronavirus hospitals to run out of space and oxygen.

Social activist Shirzad said they had received video clips showing patients who had died in the hospital courtyards due to a lack of adequate facilities.

He recounts his own harrowing experience after he started showing symptoms of COVID-19 last week.

“I sent a request to the health department and they said they would send a person, who apparently treats and diagnoses people with Coronavirus, by going door-to-door.  The person came to our house. I waited four to five days and was then told that they did not have enough testing kits.”

This happened to Shirzad last Thursday, until he found out that in fact the Herat labs had run out of kits and were not conducting any tests.

His diagnosis is still pending but a he is sure he has Coronavirus.

There are currently 14 testing devices in the Shaidayi District Hospital, none at the Ghoriani District Hospital and the intensive care unit is not active there. The 100-bed Gazargah hospital is still under construction.

Akmal Samsor, a spokesman for the Ministry of Public Health, said that the government had taken steps “to bring facilities and equipment to Herat. The new kits imported from Turkey will first be transferred to Herat province.”

Lawyer Hadid also mentions that “despite the lack of facilities and equipment, the situation in Herat is the same as in Italy.” While people are recovering, “death rates remain high and even many young people are dying.”

He adds that in this situation where Coronavirus has entered most households and infected a majority of people, the elderly and others at high-risk should stay indoors and take as many preventive measures as possible.

Herat’s provincial spokesman Jilani Farhad, however, said Herat officials had been mobilizing for three months to fight the pandemic and this has had positive results.

“All of Herat’s local authorities are ready to fight Coronavirus. We are tasking 20 mobile health teams to operate in the city. The local government is even willing to dedicate the public school buildings for patient wards and other facilities if needed,” he added.

While the Herati populace generally ignored the government’s counter-Coronavirus measures initially, they gradually came together in greater compliance and solidarity when the infection rates were controlled.

This show of solidarity and spirit of social harmony is what is required as the government tries its best to manage the circumstances while remaining transparent about their ongoing efforts and condition. 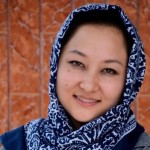 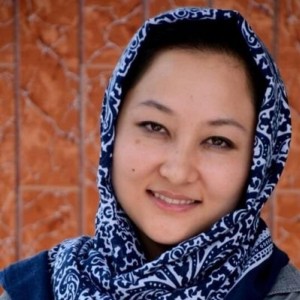